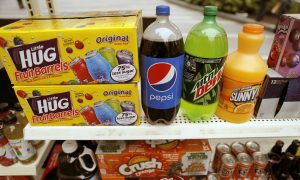 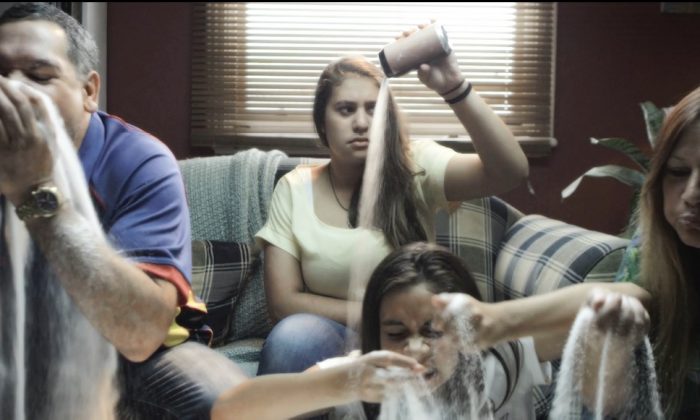 Horror Smiles Show Devastating Consequences of Drinking Too Much Soda

One of the partner organisations, Cancer Council Victoria (CCV), said the graphic portrayal of tooth decay aims to encourage youth to recognise sugary drinks are “not worth losing their teeth over”.

“We know young Australians are hooked on sugary drinks. Males aged 12-24 are the biggest consumers of sugary drinks, with some consuming as much as 1.5 litres (0.37 gallons) of soft drinks, sports drinks or energy drinks a day,” CCV Head of Prevention Craig Sinclair said in a public statement.

“These drinks don’t just ruin your smile. In the long run, the high levels of sugar they contain can also lead to unhealthy weight gain, which increases the risk of serious health problems, such as type 2 diabetes, heart and kidney disease, stroke and 13 types of cancer.”

We’re down at St Kilda foreshore with @janemartinopc for the launch of the #rethinksugarydrink #thirsty campaign launch pic.twitter.com/L9fDavWJGw

The campaign challenges the promise of popularity soft drink manufacturers use in advertising to encourage young people to consume sodas.

Our new #rethinksugarydrink campaign exposes what sugary drink brands don’t advertise – the serious damage these drinks can cause to your teeth.https://t.co/DfBElyyZpb pic.twitter.com/Gy6PkV6TfB

Men are twice as likely than women to consume sugary drinks, which are blamed for contributing to recent data showing nearly 70 percent of Australians being overweight.

“Something has to change. Big beverage brands invest huge sums of money in sweet-talking young people into guzzling down these drinks,” Martin said. “We need government leadership to remove sugary drinks from healthcare settings, government workplaces, as well as sport and recreation centres.”

“Nearly 50 percent of Australian children have tooth decay, and fizzy drinks are a major contributor of added sugar in their diets,” he said. “Alarmingly in 2016-17 over 70,000 hospitalisations occurred due to dental conditions. Considering tooth decay is largely preventable, these figures are incredibly concerning.”

Some Aussie males aged 12-24 are knocking back a staggering 1.5 litres of sugary drinks every day.

The new Thirsty campaign from #RethinkSugaryDrink graphically reveals the shocking oral and overall health cost of this damaging habit.https://t.co/rTc1t9egSb pic.twitter.com/6RLorxkwI3

James Stanley, 20, gave-up soft drink after discovering in health science and physical education class that a single soda can contains up to 10 teaspoons of sugar. He said since he began drinking plain water, he experienced many health benefits.

“On a typical night out I would drink mixers. Whiskey with cola or ginger ale were my drinks of choice. I was drinking so much sugar without even realising it,” Stanley said. “Waking up the next day my teeth would feel gross and I knew I needed to make a change. Now I try and look for healthier drink alternatives.”

Further lifestyle options to improve their health can be found on the Rethink Sugary Drink website.

There are many affordable ways to minimise the risk of tooth decay. Rethink Sugary Drink suggests avoiding the soft drink aisle at the supermarket and trying not to pay too much attention to special deals at the cashier and service station. When eating out, people can also see what other options exist outside of soft drinks, ask for water or carry a water bottle to avoid needing to buy a drink in the first place.

“[If people] simply cut back on sugary drinks or remove them entirely from their diet, their teeth will be much stronger and healthier for it,” Hopcraft said. “We recommend taking a look at how much sugar is in these drinks, people may be shocked to know some have as many as 16 teaspoons of sugar. Water is always the best choice and your teeth will thank you in the long run.”