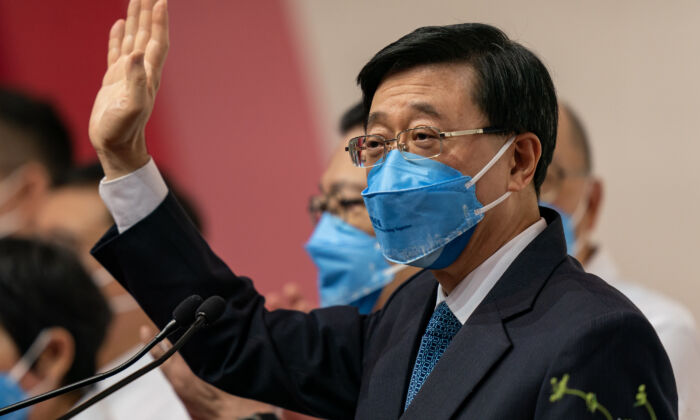 HONG KONG—Incoming Hong Kong leader John Lee will travel to Beijing on May 28 to accept a letter that officially approves his appointment as the city’s next chief executive.

An official statement confirmed that Lee will go to Beijing with his private secretary and press secretary, as well as his wife. He will return to Hong Kong on Tuesday.

Local media including the South China Morning Post reported that Lee is expected to meet Chinese leader Xi Jinping during the trip, and will also present the lineup for his cabinet for approval.

The meeting will be Lee’s first with China’s top officials after he was picked in an uncontested leadership election on May 8, with 99.2 percent of all votes from a committee that is largely made up of pro-Chinese Communist Party members.

Each chief executive-elect typically receives their letter of appointment in person, and meets other top officials as well as the Chinese leader. Carrie Lam, the city’s current leader, made a similar trip in 2017 after winning the election.