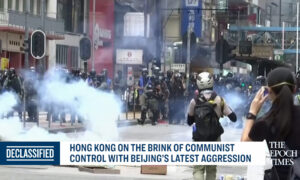 Is Hong Kong on the Brink of Communist Control?
0 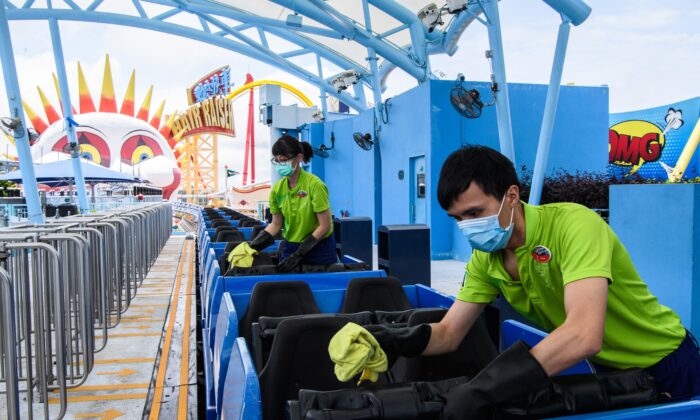 Workers disinfect the Arctic Blast roller coaster ride, as a preventive measure against the COVID-19, at the currently closed local theme park Ocean Park in Hong Kong on May 19, 2020. (Anthony Wallace /AFP via Getty Images)
WORLD

HONG KONG—Hong Kong has confirmed its first locally transmitted CCP virus cases in more than two weeks, fuelling concerns over its spread as restrictions on movement are relaxed.

The Centre for Health Protection (CHP) said on May 31 it was investigating two confirmed cases of the CCP (Chinese Communist Party) virus, taking the number of cases so far to 1,085. Four people have died of the disease in Hong Kong.

The global financial hub last reported a locally transmitted case on May 14, when a 62-year-old man with no travel history was confirmed with the virus.

The two new cases involved a 34-year-old woman and a 56-year-old man. Neither had a travel history during the incubation or infectious period, CHP said. Contact tracing was under way, it added.

The woman is a night-shift worker at a Kerry Logistics warehouse in Kwai Chung district where she labels food items imported from the United Kingdom, broadcaster RTHK reported.

Two coworkers, who fell ill about a month ago, tested positive for COVID-19 and authorities are investigating if the warehouse where one of the patients works represents a new cluster of infections, RTHK reported, citing CHP.

About 25 staff in the warehouse and three medical staff who dealt with one of the patients are being quarantined for 14 days, RTHK reported.