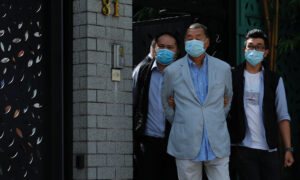 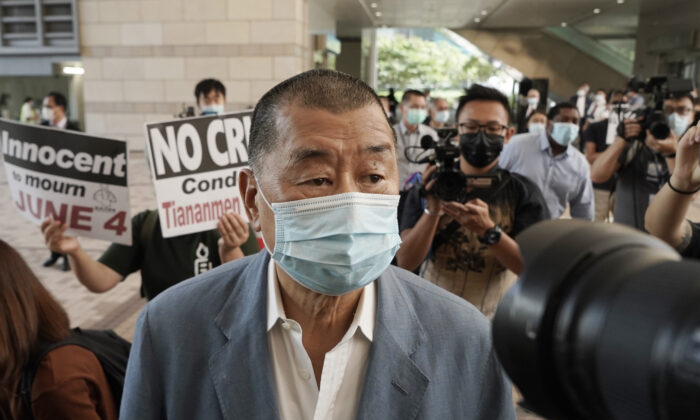 HONG KONG—Outspoken Hong Kong pro-democracy advocate and media tycoon Jimmy Lai was refused bail on Dec. 3 on a fraud charge amid a growing crackdown on dissent in the semi-autonomous city.

Jimmy Lai of Next Digital, which publishes the Apple Daily newspaper, was among 10 people arrested Aug. 10 on what police said was suspicion of violating a national security law and collusion with a foreign country.

Lai, 73, was later released on bail but police raided his company’s offices in October and took away documents.

On Wednesday, Lai and two Next Digital executives were charged with fraud over accusations that they violated lease terms for Next Digital office space.

Lai appeared in court Thursday and was denied bail. His case has been adjourned till April 16.