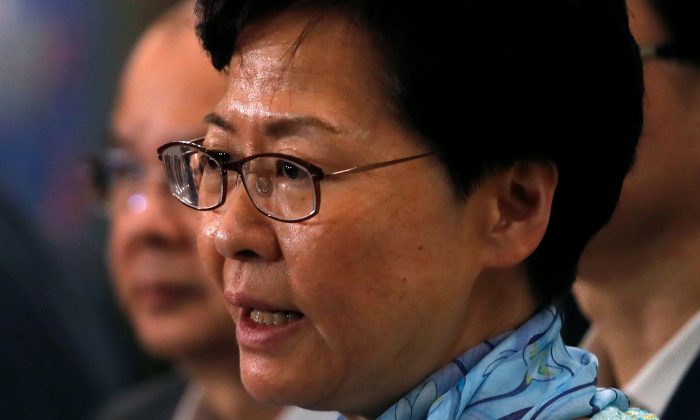 HONG KONG—Hong Kong’s chief executive Carrie Lam has asked to meet with the city’s university students, her office said on July 4, as the embattled leader tries to fend off pressure from a month-long political crisis.

Protesters stormed the local parliament on the July 1 anniversary of the city’s return to Chinese rule. This followed mass demonstrations last month against Lam’s extradition bill, which critics fear could see Hong Kong citizens being sent for trial in the mainland.

Lam said she has paused efforts to push for the bill, but protesters say that stops short of a full withdrawal.

In an emailed statement, a spokesperson for Lam said, “the Chief Executive has recently started inviting young people of different backgrounds for a meeting, including university students and young people who have participated in recent protests.”

The student union at the Hong Kong University of Science and Technology (HKUST), one of the eight major higher education institutions, has turned down the offer to meet, saying that the city’s leader had requested a closed-door meeting.

“The dialogue must be open to all Hong Kong citizens to participate, and allow everybody the right to speak,” the union said in a statement published on Facebook.

Lam’s spokesperson said the chief executive hopes the HKUST student union will reconsider taking part in the meeting, which would be held in a “small-scale and closed-door manner” to facilitate an “in-depth and frank exchange of views.”

Students there repeated the opposition’s request in recent weeks to investigate alleged police brutality against protesters, whom they said Lam should stop labeling “rioters.” Introducing genuine universal suffrage was also on the list of demands.

Students at the Chinese University of Hong Kong, another of the eight higher education institutions, were also invited but have not yet decided, according to a source at the student union.