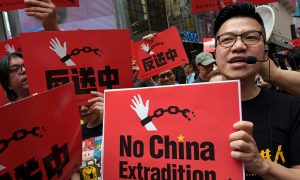 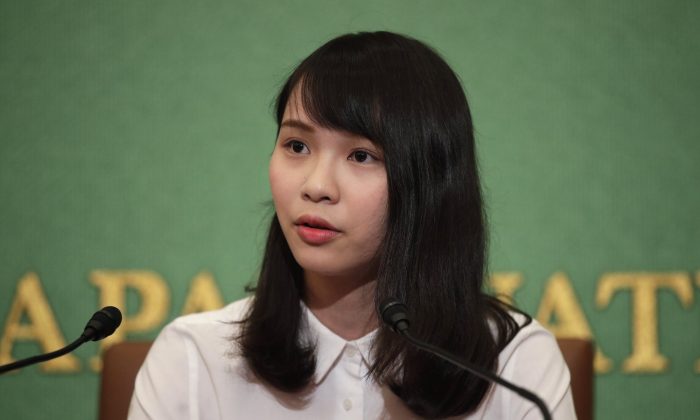 Prominent Hong Kong activist Agnes Chow speaks during a news conference at Japan National Press Club in Tokyo on June 10, 2019. Chow said many in the territory were angered by the government’s bulldozing of a legislative proposal that would allow extradition of criminal suspects to mainland China, seeking international support for the resistance movement. (Jae C. Hong/AP)
Hong Kong

TOKYO— Many Hong Kong residents were angered by a decision by the territory’s leader to move ahead with an extradition bill despite a massive weekend protest, a prominent student activist said on June 10.

Agnes Chow is among a group of young activists leading the opposition against proposed amendments to the territory’s extradition law. The changes would allow people in Hong Kong to be sent to mainland China to face criminal charges.

Chow told reporters in Tokyo on Monday that those sent to mainland China wouldn’t have the same rights that are guaranteed in Hong Kong and the legislation endangers the territory’s rule of law, basic rights and democracy.

Hundreds of thousands of people took to the streets Sunday in what was likely Hong Kong’s largest protest in more than a decade.

Hong Kong Chief Executive Carrie Lam said Monday the legislation will help the territory uphold justice and fulfill its international obligations. She said that safeguards added in May will ensure that the legislation protects human rights.

“I believe that most of the Hong Kong people felt really angry with Carrie Lam’s response to our rally,” Chow said. “I hope that the Hong Kong government would respect our opinion.”

Chow said she and other opponents think the legislation is “very dangerous” to all Hong Kong residents as well as visitors from overseas, because anyone could be sent to mainland China, “a place without the rule of law, without protection of human rights and freedom.”

The legislation is also “destroying” Hong Kong’s special status of having “one country, two systems,” the rule of law and its special status as an international financial city, she said.

Chow arrived in Tokyo on Monday to appeal to Japanese media and politicians.

Hong Kong’s Legislative Council is slated to take up the extradition bill on Wednesday.