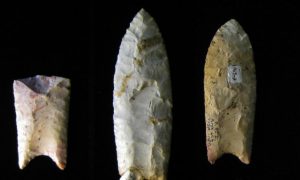 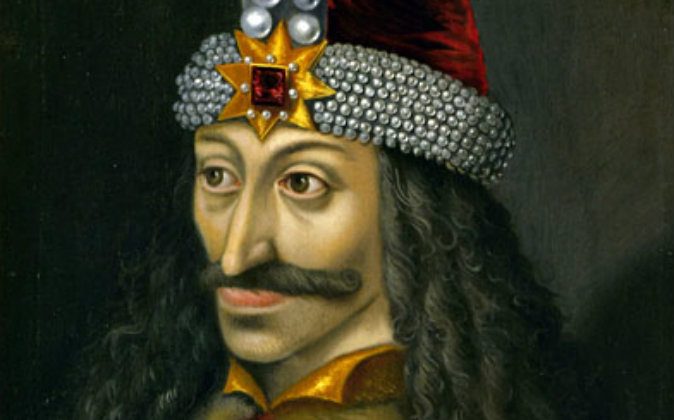 Historians Claim to Have Tracked Down Remains of Vlad the Impaler, ‘Dracula’

A team of Estonian scholars believe they have finally discovered the long-lost location of Vlad the Impaler, the 15th century Prince upon which Bram Stoker based his 1897 gothic novel ‘Dracula’.  According to the report in Hurriyet Daily News, his remains are in the Piazza Santa Maria la Nova graveyard in Naples, and not the Romanian Transylvanian Alps as first thought.

Vlad III, the Prince of Wallachia, was born sometime between 1428 and 1431, probably in Sighişaora, Transylvania. His patronymic, ‘Dracul’, means Dragon, derived from the membership of his father, Vlad II Dracul, in the Order of the Dragon, an order of chivalry for the defence of Christianity in Eastern Europe against the Ottomans, so the young Vlad became known as Dracula, or “son of Dragon”.

Although Vlad was infamous throughout Europe for his cruelty, it was his favourite method of execution that ensured his place in history and gave him the name Vlad Tepes (‘Vlad the Impaler’).  It is said that as Vlad retreated from a battle against the Ottomans in 1462, he impaled and put on display some 20,000 people outside the city of Targoviste as a deterrent to the pursuing Ottoman forces. This psychological attack worked, as it is claimed that the sight was so repulsive that the Ottomans, after seeing the scale of Vlad’s carnage and the thousands of decaying bodies being picked apart by crows, turned back and retreated to Constantinople.

Woodcut from the title page of a 1499 pamphlet published by Markus Ayrer in Nuremberg. It depicts Vlad III dining among the impaled corpses of his victims. (Wikimedia Commons)

The exact date, cause, and location of Vlad’s death is unknown, but is believed to have taken place between October and December 1476, when he disappeared in battle. It is known, however, that his head was taken to Constantinople as a trophy.  His daughter Maria was meanwhile brought to the Neapolitan court, whose ruling family was allied with her own family, where she was adopted and eventually married to a Neapolitan nobleman.

Scholars from the University of Tallinn say they have discovered evidence that suggests the count was taken prisoner, ransomed to his daughter in Italy and then buried in a church in Naples. Evidence comes from an ancient headstone uncovered in Naple’s Piazza Santa Maria la Nova, the same graveyard where his daughter and son-in-law were buried, which is covered in images and symbols of the House of the Transylvanian ‘Carpathians’.

“When you look at the bas-relief sculptures, the symbolism is obvious. The dragon means Dracula and the two opposing sphinxes represent the city of Thebes, also known as Tepes. In these symbols, the very name of the count Dracula Tepes is written,” said Medieval history scholar Raffaello Glinni.

Further research is needed to confirm the identity of the tomb’s occupant, but if it is indeed Vlad the Impaler, it will no doubt go down as one of the most significant historical discoveries of this year.