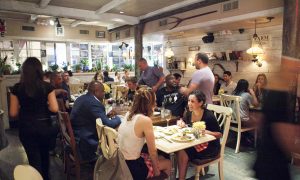 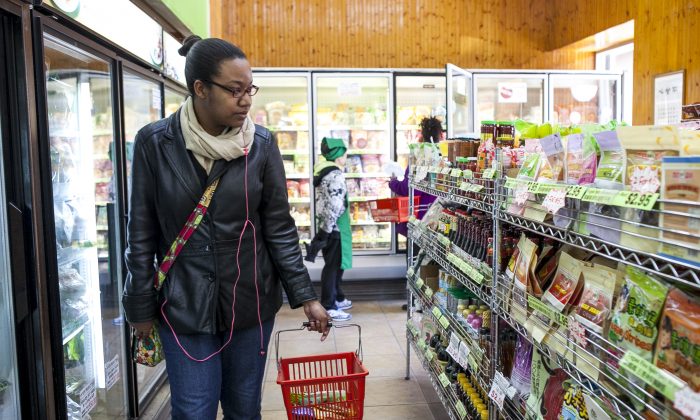 Here’s How to Trick Your Brain Into Buying Healthier Groceries

It’s something we’ve all seen at supermarkets: sample stations where shoppers can try out different food products.

Now, researchers at Cornell University’s Food and Brand Lab have discovered that if shoppers are given an apple sample, they will buy 25 percent more fruits and vegetables than those who aren’t offered any samples.

A total of 120 shoppers were randomly given a sample of either an apple, a chocolate chip cookie, or no sample at the beginning of their shopping trip. Then, researchers tracked their purchases: Those who were given a chocolate chip cookie bought 28 percent less fruits and vegetables than those who were given an apple sample, according to the newly published study in the Psychology & Marketing journal.

“What this teaches us is that having a small healthy snack before shopping can put us in a healthier mindset and steer us towards making better food choices,” said study author and Cornell researcher Aner Tal on the research lab’s website.

What this teaches us is that having a small healthy snack before shopping can put us in a healthier mindset.
— Aner Tal, researcher, Cornell University

Tal and others also tried a similar experiment with virtual shopping: Fifty-six participants were given an apple, a cookie, or no sample. Then, they were shown 20 pairs of food products and asked which they would rather purchase. Each pair had a low-calorie item and a high-calorie item (for example, whole milk versus skim milk, Fruit Loops versus bran cereal). Those who were given an apple chose more healthy (low-calorie) items, and those who were given a cookie chose more unhealthy (high-calorie) items.

The participants were then asked to pick items they would buy in a virtual grocery store. Those in the first group chose more healthy foods. Researchers concluded that “what influences shoppers behavior after consuming a sample is not the actual healthfulness of the sample but its perceived healthfulness.”

Shoppers and grocery stores alike now have a psychological tool to encourage more healthy food purchases: Eat an apple before you shop, and offer samples of fruits and vegetables at the store.