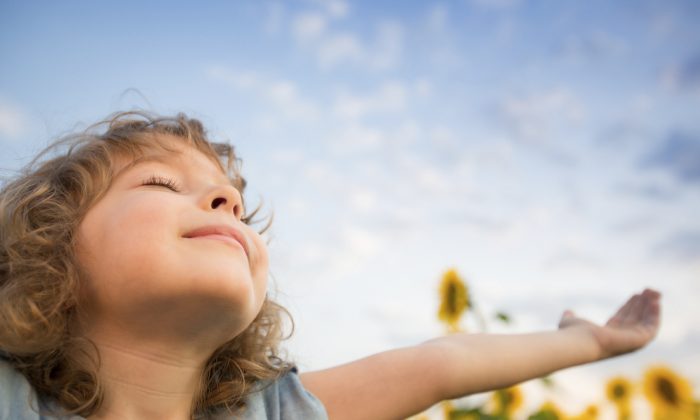 Here Comes the Sun: How the Weather Affects Our Mood

The weather supplies many metaphors for our changeable minds. Moods can brighten and darken, dispositions can be sunny, futures can be under a cloud, and relationships can be stormy. Like the weather, our emotions sometimes seem like fickle forces of nature: unstable, enveloping, and uncontrollable.

Weather provides a vivid language for describing our emotional atmosphere, but does it also influence it? Do gray days bring gray moods? When the mercury rises, does our blood boil?

Of the many aspects of weather, sunshine is the most intimately tied to mood. Although the link is weaker than many people imagine, sunlight has repeatedly been found to boost positive moods, dampen negative moods, and diminish tiredness.

Anything that alters our moods can affect our behavior. Happy people are more favorably disposed to one another, and accordingly, people are more helpful when the sun is out.

The sun may melt hearts as well. In a 2013 study by French psychologist Nicolas Guéguen, an attractive male confederate approached unaccompanied young women and solicited their phone numbers. “I just want to say that I think you’re really pretty,” he cooed. “I’ll phone you later, and we can have a drink together someplace.” “Antoine” achieved an impressive success rate of 22 percent on sunny days but only 14 percent when it was cloudy.

Guéguen’s finding of sun-assisted flirtation followed up his earlier studies on the effects of exposure to flowers (2011) and pastry aromas (2012) in priming women for seduction. Can we expect future studies on chocolate and puppies? Rarely have psychologists lived up to national stereotypes so well: The Americans study money; the French study romance.

Aspects of weather beyond heat and sunshine have also been shown to affect mood.

And the Australians study shopping. Research by Sydney’s Joseph Forgas shows that sunshine can also affect our mental sharpness. Shoppers exiting a boutique were quizzed about 10 unusual objects—including a toy tractor and a pink piggy bank—that had been placed in the check-out area. They correctly recalled seven times as many objects on cloudy days as on sunny ones.

Temperature can also affect our mind and behavior, independently of sunshine. The more it departs from an ideal of around 68 degrees Fahrenheit, the more discomfort we feel. One study found that rates of helping declined as temperatures dropped below or rose above this value.

In addition, the higher the temperature, the more people are likely to act aggressively. Rates of aggression are higher in hotter years, months, days, and times of day, a pattern observable for murders, riots, and car-horn honking. Baseball pitchers are more likely to hit batters on hot days, an effect that isn’t merely a result of having sweat-slick fingers.

Heat may also increase verbal aggression. A recent study of news media coverage of the 2008 Beijing Olympics found that stories filed by American journalists contained more negative words on hotter days, even when they were writing about China in general rather than the games in particular.

Aspects of weather beyond heat and sunshine have also been shown to affect mood. Humidity tends to make people more tired and irritable. Barometric pressure fluctuations can alter moods and trigger headaches, some studies finding a link between low pressure and suicide. On rainy days, people report lower satisfaction with their lives.

Weather influences our psychology in myriad subtle ways. Why this might be the case is not entirely obvious. One possibility is that the effects of weather on mood are primarily physiological. Excess heat causes discomfort by taxing our capacity to thermoregulate, and this causes irritability and aggression.

However, the effects of weather on mood are not straightforwardly biological. They are also psychological and social. One reason why heat is associated with aggression is that people interact more in public in hot weather.

Indeed, the effects of weather on mood depend on our behavior and on how we think. Most basically, weather will only influence us if we expose ourselves to it. On one estimate, people in industrialized societies tend to spend only 7 percent of their time outside.

A study by U.S. psychology researcher Matthew Keller and colleagues showed that beneficial effects of warm and sunny conditions on mood were only seen in people who had spent more than 30 minutes outdoors that day. Good weather even had negative effects on mood for people confined indoors, people who perhaps gazed enviously outside at the solar fun they were missing.

It is hard to argue with Dr Keller’s prescription: “If you wish to reap the psychological benefits of good springtime weather, go outside.”

Nick Haslam is professor of psychology at The University of Melbourne, in Australia. This article was previously published on The Conversation.