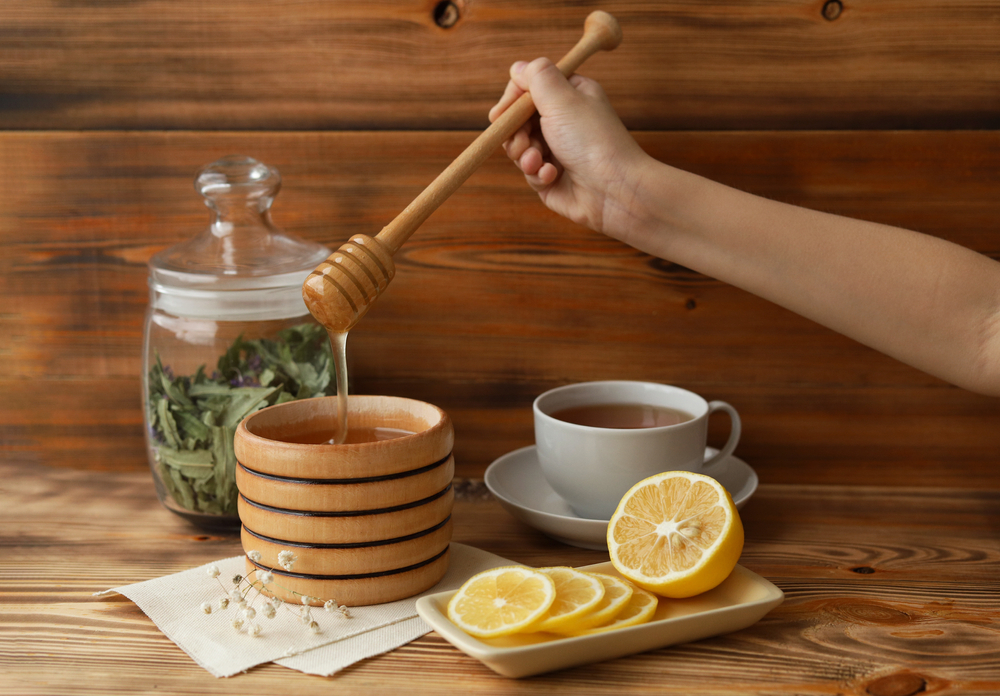 Depending on what you and your healthcare practitioner discuss, some herbal remedies might be more helpful than certain medications. (Shutterstock)
Men's Health

Men are notoriously leery of doctors, especially when it comes to “sensitive” topics like the prostate. So when over-the-counter herbal products claim to “promote prostate health,” many men will listen. Over two million men in the United States use saw palmetto for prostate problems, an herb that, among other things, has the reputation of easing the symptoms associated with an enlarged prostate (also known as benign prostatic hypertrophy or BPH). Thousands of men have also sought out herbal remedies for prostate cancer.

Here’s a look at the latest information on these herbal prostate remedies.

This herb, derived from the berry of the American dwarf palm tree, has been used to treat prostate problems since the 1800s. Today, saw palmetto is especially popular among men who experience the weak urine flow and frequent urination symptomatic of an enlarged prostate. According to a survey in Consumer Reports, more than half of all men who tried the remedy said it eased their symptoms “a lot” or “somewhat.”

According to an editorial that accompanied the Urology report, it’s still possible that saw palmetto is, in fact, simply an extra-powerful placebo. Perhaps it works because men expect it to work. A study published in 2006 found that saw palmetto had no effect on enlarged prostates, adding more weight to the idea that the benefits of saw palmetto are all in the mind.

If you do decide to try saw palmetto, here are a few things to keep in mind. First of all, you should stick with the generally recommended dose of 320 milligrams each day. The herb is safe at this level, and there’s no evidence that an extra-large dose will work any better. Also, be aware that herbal supplements tend to vary widely in their purity and potency. You can help protect yourself by choosing products marked with “NF,” the seal of the United States Pharmacopeia and National Formulary. Finally, saw palmetto is no substitute for a doctor. If you have urinary problems, get a thorough checkup and talk to your doctor before trying saw palmetto or any other herbal product.

The “PC” stands for prostate cancer, and “spes” is Latin for “hope.” PC-SPES had been shown to shrink prostate tumors, but it was taken off the market in February 2002 after it was found to contain traces of the prescription drug warfarin (a blood thinner). Subsequent tests found additional traces of strong drugs in PC-SPES, including an artificial form of estrogen and a pain reliever called indomethacin that may act against tumor cells.

For a time, it looked as though the product might actually live up to its name. Several scientific studies found the combination of herbs — including saw palmetto, panax pseudo-ginseng, and six assorted Chinese herbs — to be an effective treatment for prostate cancer. But even before the product was recalled, there was cause for concern.

Like some already established prostate cancer treatments, PC-SPES cut off supplies of the male hormone testosterone, a major source of fuel for prostate cancer. According to a report in the August 2001 issue of Urology, the concoction can reduce testosterone dramatically. For patients with prostate cancer, this drastic measure has real benefits. As the level of testosterone plummets, the tumor stops growing (at least temporarily) and may even begin to shrink.

Of course, anything that reduces testosterone to that level is bound to cause side effects. Nipple tenderness and swelling in the breasts are very common. About one-third of patients had diarrhea, and another one-third had cramps in the legs or muscles. Blood clots in the legs or lungs were the most serious potential side effect, but they were also very rare.

In summary, the supposed herbal supplement PC-SPES carried all of the punch of a prescription drug — because it actually contained drugs. The supplement ran afoul of authorities only after tests by the California Department of Health Services turned up traces of warfarin, a prescription blood thinner that can raise the risk of serious bleeding. BotanicLab Inc., the company that distributed PC-SPES, voluntarily recalled the product nationwide. The California Department of Health Services urged anyone using PC-SPES to stop taking the product immediately and seek medical advice.

Quercetin is a flavonoid that is found in capers, apples, onions and many vegetables and fruits. Lab studies have found that quercetin helps to block the growth of prostate cancer cells, and at least one small study showed significant improvement in symptoms of chronic prostatitis. More research is needed, however, before it can be recommended.

Pirani, J.F. The effects of phytotherapeutic agents on prostate cancer: An overview of recent clinical trials of PC-SPES. Urology. August 2001. 58 (supplement 2A): 36-38.

Chris Woolston is a self-described “recovering biologist” who has enjoyed his reincarnation as a freelance science and health writer. He covers health and science topics for the journal Nature, AFAR, Knowable magazine, and the Los Angeles Times, and he recently gave a TED Talk about the pressures on young researchers at the University of Luxembourg.. He has contributed hundreds of stories to the Limehealth health and wellness library.

Chris Woolston
Writer
Follow
Chris Woolston is a self-described "recovering biologist" who has enjoyed his reincarnation as a freelance science and health writer. He covers health and science topics for the journal Nature, AFAR, Knowable magazine, and the Los Angeles Times, and he recently gave a TED Talk about the pressures on young researchers at the University of Luxembourg.. He has contributed hundreds of stories to the Limehealth health and wellness library.
SHARE
Friends Read FreeCopyFacebookTweet
You May Also Like