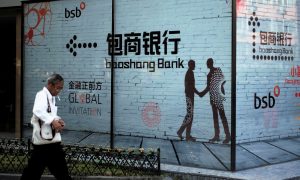 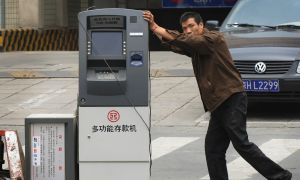 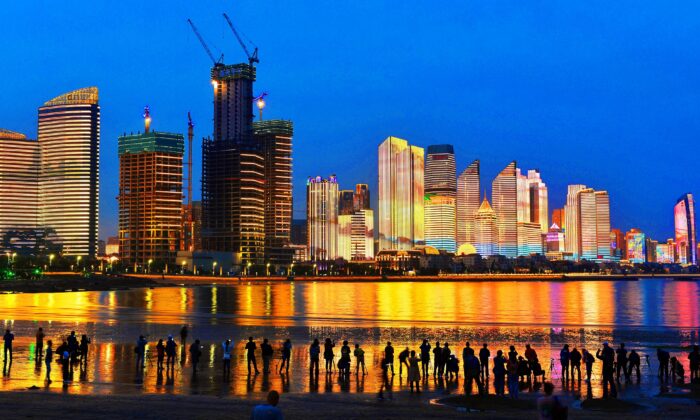 Residents and visitors look at illuminated buildings in Qingdao in China's eastern Shandong Province on May 26, 2018. (AFP via Getty Images)
China Business & Economy

BEIJING—The former chairman of China’s troubled Hengfeng Bank was sentenced to death with a two-year reprieve, a local court said on Dec. 26.

Jiang Xiyun, who served as chairman of Hengfeng Bank from 2008 to 2013, was convicted of corruption, receiving bribes, illegally issuing financial notes, and illegally destroying accounting vouchers and accounting books, according to the Yantai Intermediate People’s Court.

The court verdict means that if Jiang commits no further crimes over the next two years, his sentence will be commuted to life imprisonment, according to Chinese law.

The Shandong-based bank is in the midst of a restructuring led by the government.

The lender has not released its annual report since 2017 due to management and liquidity issues. In the most recent period disclosed, Hengfeng Bank had 1.2 trillion yuan ($170 billion) in total assets at the end of 2016, according to its annual report.

The banking and insurance regulatory watchdog appointed its staff to head the bank in 2017, but the restructuring process has dragged since then. Hengfeng Bank received official approval for restructuring by taking a lifeline from an entity affiliated with the Shandong provincial government, as well as Central Huijin Investment Ltd., according to a report by Chinese financial magazine Caixin on Aug. 10.

Concerns over Hengfeng were rekindled by the state seizure of Baoshang Bank earlier this year and the state rescue of Bank of Jinzhou, sharpening concerns about the health of hundreds of small lenders as economic growth slows to near 30-year lows.

Hengfeng Bank said earlier this month that it would issue 100 billion shares through a private placement, in one of the largest state-led rescues of small Chinese banks.

The news follows a string of scandals surrounding top executives at the bank. In 2016, an embezzlement scandal revealed that Luan Yongtai, then head of Hengfeng, had siphoned off 21 million yuan (about $3.18 million). Cai Guohua, a former chairman, came under investigation in 2017 for corruption.