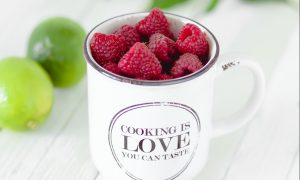 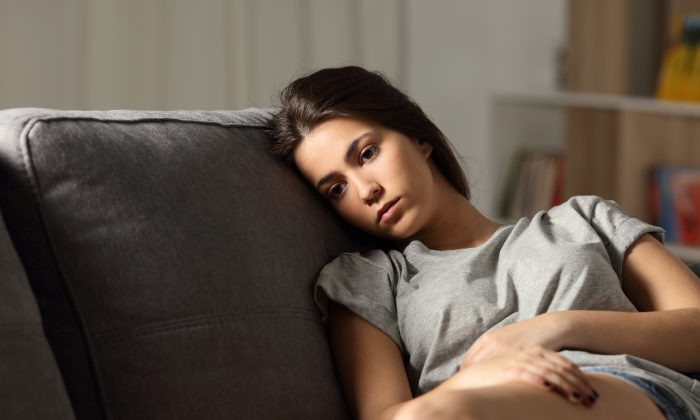 There are many factors, from bullying to diet, that can be contributing to your teen's depression. (Antonio Guillem/Shutterstock)
Lifestyle

Antidepressants are often prescribed to young people, but there are alternatives to this risky treatment
By Deborah Mitchell
biggersmaller
Print

The teen years are among the most exciting and challenging times of life. The experiences surrounding school, friends, dating, fluctuating hormones, and establishing one’s place in the world can be both invigorating and confusing. It’s a time when guidance, support, and understanding from family, friends, and professionals are especially critical.

It’s also a time when depression can be a significant issue. Depression affects up to one-fifth of teens by the time they enter adulthood. The presence of depression among teenagers increases the risk of attempting suicide by 12-fold, and 30 percent of depressed teens develop substance abuse.

The causes of teen depression can be difficult to resolve, but there are things you can do to combat this challenging condition. First, let’s look at some of the main causes of teenage depression.

Hormones. Adolescence is a time of major hormone changes, and the fluctuations can cause or play a significant role in triggering depression.

Neurochemistry. Chemicals in the brain called neurotransmitters transport signals throughout the brain and the body. When these chemicals are damaged or abnormal, it has an impact on how the nervous system works, which can result in depression.

Obesity. Teens who are overweight or obese can experience ridicule or be shunned, which can significantly reduce their self-esteem and confidence. A 2017 meta-analysis of more than 51,000 obese kids and adolescents and 18 studies found a clear association between being overweight and depression and depressive symptoms.

Learned patterns of negative thinking. Some teens have been taught to feel helpless, either by parents, teachers, or other authority figures during their childhood. This form of mental abuse can be resolved by eliminating those negative thoughts and adopting a more positive perspective.

Inherited traits. Check your family history: Depression is more common among individuals who have blood relatives with the condition.

How to Manage Teenage Depression Without Antidepressants

Although antidepressants and similar drugs are often prescribed for depression, use of these drugs is associated with significant side effects among adolescents and young adults, including the risk of suicide. In fact, antidepressants typically carry a warning that they should not be used in individuals younger than 18 years. Therefore, it’s best to consider treating teenage depression naturally.

One major contributor to teen depression is diet. Teenagers often follow a diet that is high in processed foods and therefore low in healthful, nutrient-dense choices. Teens and young adults may eat poorly, for example, because they skip meals, frequent fast food places, are experiencing stress related to relationships, grades, or have moved away from home to college. Therefore, many of the suggestions on how to manage teenage depression naturally involve the use of supplements and certain foods that are good sources of certain nutrients.

Teen depression may be addressed using alternative and complementary therapies that work in synch with healthy dietary measures. In addition, thyroid testing and genetic testing may be appropriate for some teens when diagnosing and treating depression.

Magnesium. A deficiency or low levels of this mineral is common among youth and adults alike. Magnesium deficiency is associated with depression, irritability, anxiety, disorientation, confusion, insomnia, and twitching muscles. A 2017 study found that people who were depressed and deficient in magnesium experienced improvements in depression and magnesium levels after taking 500 mg magnesium daily for at least eight weeks.

In addition to supplementation with magnesium (magnesium chelate and glycinate are recommended), teens should include foods rich in this mineral in their diet. Leafy greens, nuts, beans, and whole grains are excellent sources.

Omega-3s. These essential fatty acids have been named in many studies as helpful in managing depression. In one study from Ohio State University, for example, the authors noted that youth with fewer social stressors responded well to omega-3 supplementation as well as to the supplement along with psychoeducational psychotherapy.

Another study (a review of 35 randomized controlled trials) yielded more specific results. The reviewers noted that supplements dominated by eicosapentaenoic acid (EPA) provided good results against depression but that those consisting mainly of docosahexaenoic acid (DHA) didn’t. Coldwater fatty fish are an excellent source of omega-3s, but unless teens eat fish several times a week, an omega-3 supplement is suggested.

Low iron (iron deficiency). An iron deficiency is known to be associated with anemia and the symptoms of depression, apathy, and fatigue. Among adolescent females, an iron deficiency can be related to the start of menstruation as well as an iron-poor diet. Teens need to add more iron-rich foods to their diet, such as beans, leafy greens, dried fruits, iron-fortified cereals and pasta, and seafood. Iron supplements should be used with caution and with the advice of a health care provider.

Probiotics. Taking supplements of beneficial bacteria and including foods that are rich in probiotics is one way to battle depression in teens. In a recent Canadian study, a team of scientists evaluated data from ten studies of the use of probiotics for cognition, mood, and anxiety. They reported that “the evidence for probiotics alleviating depressive symptoms is compelling.”

In fact, University Health News recently reported on psychbiotics, which are probiotics that have been identified as being especially helpful for managing depression, boosting mood, decreasing stress and anxiety, and improving cognitive function. Thus far experts have named Lactobacillus helveticus R0052, Bifidobacterium longum R0175, L. casei strain Shirota, B. longum 1714, and B. breve 1205 as having some helpful qualities in animals and humans when it comes to depression and related mental health issues.

Vitamins B12 and others. A deficiency of several of the B complex vitamins, including B1 (thiamin), B3 (niacin), B9 (biotin), and B12 have been linked to depression. In particular, vitamin B12 may be deficient among teens who have adopted a plant-based diet, but this can be remedied easily with sublingual vitamin B12 supplements. Since B vitamins are found in a wide range of foods, eating a varied diet dominated by unprocessed foods is recommended. However, a vitamin B-complex supplement may be necessary for young people who fail to or resist making dietary changes.

Low thyroid. Hypothyroidism, which is characterized by low levels of the thyroid hormone thyroxine and high levels of thyroid-stimulating hormone (TSH), is often overlooked as a cause of depression. A simple blood test to identify thyroid hormone levels can be used to diagnose the disease. Teens who have both hypothyroidism and depression can avoid antidepressants and be treated effectively with thyroid-replacement medications or through nutrition to raise levels of triiodothyronine (T3) and thyroxin (T4), which will, in turn, lower TSH levels and ease depression.

Meditation. Countless studies have shown that meditation is beneficial for people suffering from depression. In one recent study that focused on adolescents, the authors from Johns Hopkins School of Medicine noted that mindfulness meditation “may be particularly relevant for youth with maladaptive cognitive processes such as rumination,” and that it can “effectively manage and treat … emotional responses to stress, anxiety, and depression.”

Parents may want to explore opportunities for their teens to practice meditation, whether it be at home, with a group, via teenage meditation retreats, or with the guidance of a mental health professional.

Acupuncture. Use of this ancient therapy can be especially helpful for teens. According to the Depression Treatment Centers, “One reason acupuncture is so helpful to teens is that they are often otherwise quite healthy, apart from their depression. Acupuncture is most effective for those in good physical health because the pathways and organs are undamaged by long years of illness. Teens are in a phase of physical and emotional transition and part of the angst of youth has to do with the many changes taking place all at once.”

Deborah Mitchell is a freelance health writer who is passionate about animals and the environment. She has authored, co-authored, and written more than 50 books and thousands of articles on a wide range of topics. This article was originally published on NaturallySavvy.com