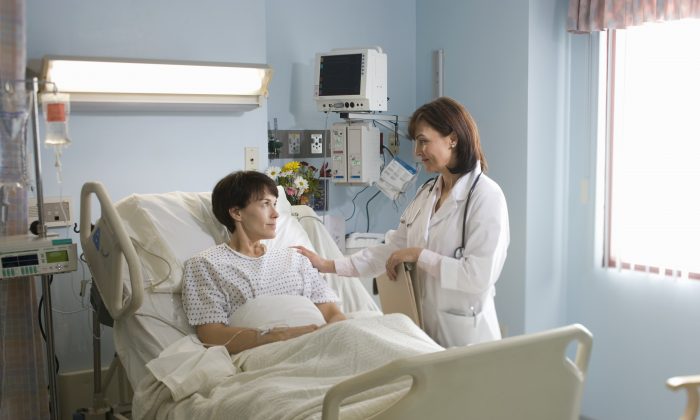 Women tend to report feeling more stressed than men, and this may impede their healing process after a heart attack. (Thomas Northcut/Digital Vision/Thinkstock)
Health

Young and middle-aged women report being more stressed than men, which means they may have a harder time recovering from a heart attack, new research suggests.

“Women tend to report greater stress and more stressful life events than men, potentially because of their different roles in family life and work, as compared to men,” says lead author Xiao Xu, assistant professor in the obstetrics, gynecology, and reproductive sciences at Yale School of Medicine.

“This difference in the level of stress may be an important reason for sex-based differences in recovery after acute myocardial infarction.”

For a new study published in the journal Circulation, Xu and colleagues used data from a large study of young and middle-aged women and men who had heart attacks, also known as acute myocardial infarction (AMI).

Patients reported self-perceived psychological stress during their initial hospital stay for AMI using 14 questions, which asked about the degree to which their life situations during the last month were unpredictable, uncontrollable, and overloaded.

The team measured each patient’s recovery based on changes in their angina-specific and overall health status between initial hospitalization for AMI and one month after AMI.

Women were also more likely to have children or grandchildren living in their household, while experiencing greater financial strain.

“This study is distinctive in focusing particularly on young women and going beyond traditional predictors of risk to reveal how the context of these people’s lives influences their prognosis,” says senior author Harlan M. Krumholz, principal investigator of the study.

“Helping patients develop positive attitudes and coping skills for stressful situations may not only improve their psychological well-being, but also help recovery after AMI,” Xu says. “Stress management interventions that recognize and address different sources of stress for men and women would be beneficial.”

From Yale University via Futurity.org