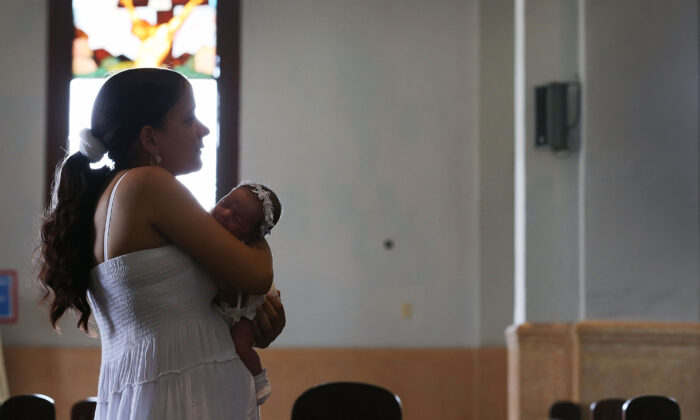 For years, we have been told that Cuba has a lower infant mortality rate than the United States. In other words, their babies survive at a higher rate than American babies.

Those Cuban statistics have been cited to promote the Cuban models for both medical schools and health care clinics. They’ve been offered as reasons to support socialized medicine. They’ve even been offered as a defense for other shortcomings of the Cuban government.

That’s a message that people can appreciate. It’s impactful.

Cuba’s success with its health care system, however, seems inconsistent with everything else we know about the nation. International human rights organizations such as Amnesty International and Human Rights Watch have frequently accused Cuba of arbitrary imprisonment, unfair trials, and other human rights violations. The laws of that nation restrict the press, free speech, assembly, and movement. Moreover, Cuba has serious economic problems.

Gross domestic product (GDP) measures the national income and output for a given country’s economy. It’s equal to the total expenditures for all final goods and services produced within that country in a given time period. Cuba’s GDP dropped by one-third with the collapse of the Soviet Union. Venezuela propped it up for a while, but now, that support is gone. Cuba regularly faces shortages of all kinds. Energy shortages are common. Frequent electricity outages and low fuel supplies mean that delivery of all kinds of consumer goods, from canned vegetables to toilet paper, is hampered.

While the official international statistics come from the WHO, someone has to report the numbers to it. Presumably those someones—one way or another—are accountable to the Cuban government. That means that they may have reason to make their statistics look better than they might actually be. In 2015, economist Roberto M. Gonzalez explained in the journal Cuban Studies that Cuba’s actual IMR is substantially higher than reported by authorities.

According to Gonzalez, Cuban early neonatal deaths are often reported as late fetal deaths. In other words, the births aren’t counted. That has the effect of artificially reducing the IMR. He estimates that Cuba’s true IMR in 2004, for instance, was much higher than the reported 5.8. He puts it between 7.45 and 11.46, far higher than the number in the United States or other developed countries.

Health care and child mortality rates certainly were part of the ideological battle between the superpowers during the Cold War. During the 1970s, for instance, the Soviets saw a significant growth in infant mortality rates, which affected overall life expectancy as well. This was a blow to propaganda efforts for the Kremlin and its apologists.

Academic articles were written explaining that this was a “temporary negative consequence of rapid progress in the areas of industrialization, employment of women, and socialization of child care,” and promising that “improvements in public health education, the quality of child care facilities, and the manufacture and distribution of infant formula will contribute to the rapid resolution of this problem.”

In a 2005 article from the Chicago Tribune entitled “Disinformation Superhighway,” Jeff Lyon reported that while Cuba had a lower infant mortality rate than the United States, its abortion rate was “nearly quadruple” the U.S. rate.

Concurring with other observers, Lyon also concluded that Cuban doctors were “far likelier than ours to count newborns who die on their day of birth as a fetal death.” Both of those facts can skew the numbers, but this might be seen as a legitimate difference in categorization. Some other factors are more clearly intended as disinformation.

In a 2018 article published in the journal Health Policy and Planning, authors Gilbert Berdine, Vincent Geloso, and Benjamin Powell revealed how this data has been manipulated to put Cuba in a better light. They, in fact, asserted, “Physicians often perform abortions without clear consent of the mother, raising serious issues of medical ethics, when ultrasound reveals fetal abnormalities because otherwise, it might raise the infant mortality rate.’’

In addition to underestimating the Cuban IMR, a paper written by economists Amy Chen, Emily Oster, and Heidi Williams argues that the U.S. IMR may well be overstated. They set forth the possibility that the higher IMR in the United States “is driven by a delay of deaths in the U.S. If hospitals in the U.S. are better at keeping very low birth weight newborns alive for a slightly longer period of time, this could show up in the data as low neonatal mortality and excess postneonatal mortality.”

It’s true, of course, that in some countries, doctors don’t work as hard to save babies born very prematurely (say, prior to 24 weeks) or with severe birth defects. U.S. doctors, on the other hand, often go to extraordinary lengths to try to save these lives even when the outlook is bleak. Often, such children don’t have much of a chance to survive. When they die, that death adds to the totals and contributes to the misleading comparison between American and Cuban IMRs.

An interesting 2014 analysis published in the journal National Vital Statistics Reports excluded births before 24 weeks of gestation. Using numbers from 2010, the researchers found that, in that case, the U.S. IMR fell from 6.1 to 4.2, a number quite comparable to Cuba’s artificially deflated number.

Americans are just starting to learn about disinformation. When you see a tweet or a post that seems inconsistent with what you already know, especially when it can be traced to a suspect source, you need to do a bit of work to see whether the claims hold up.

The claim about Cuba’s health care system and its IMR is one of those things that seems inconsistent with what we already know. It also can be traced to suspect sources. On closer investigation, it may not hold up very well.

At the very least, we ought not be making decisions about our nation’s future based upon that information.