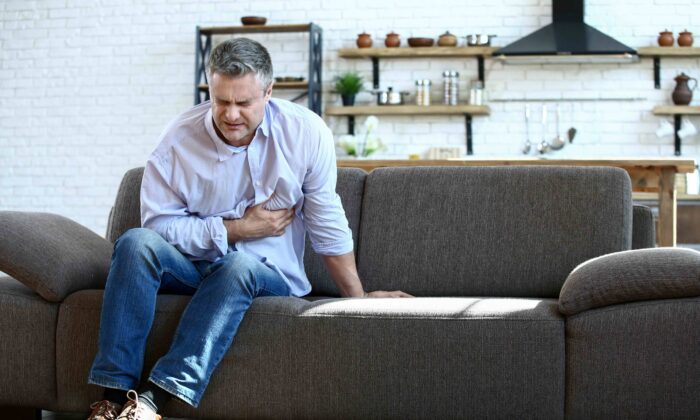 Cardiovascular disease is responsible for nearly 18 million deaths each year and is the No. 1 cause of death globally. (Pixel-Shot/Shutterstock)
News & Discoveries

Hardening of Heart Valves Is a Major Predictor for Mortality, Mayo Clinic Finds

A study by Mayo Clinic has found that a common hardening of valves in the heart, which affected around a quarter of patients checking for heart conditions, increases the risk of mortality as well as cardiovascular disease and valvular disease.

“Mitral annulus calcification [hardening of heart valves] has been known to be associated with cardiovascular disease and mortality, but we did not previously appreciate the strength of this relationship,” said the lead author of the study, Dr. Patricia Pellikka on June 1.

Mitral annulus calcification (MAC) is a chronic, degenerative process that is commonly observed in older patients.

It causes the mitral valves; located at the entrance of the left ventricles to harden, preventing blood from flowing past the valve and hindering the overall circulatory process.

Though recent studies have identified the presence of MAC increased risk of cardiac events and mortality, studies in 2015 identified its presence as having little clinical importance, leaving its significance underappreciated.

However, the Mayo Clinic’s review (pdf) on adults that underwent echocardiography at the clinic in 2015 have highlighted the clinical importance of the MAC for cardiovascular patients.

Within the study, of the 24,414 patients evaluated with an echocardiograph, 23 percent were identified with MAC and would go on to have higher cases of mortality than patients without it, elevating risks of mortality by 40 percent.

For patients identified with MAC, around 16 percent of them later developed mitral valve disease (MVD), a condition that can be life-threatening if not managed, whereas for people without MAC, only 6 percent will later develop MVD.

The researchers therefore determined that MVD; which can cause heart failures or irregular heartbeats, is an associative disorder for MAC.

Overall, the authors noticed MAC was more prevalent in patients of older age, averaging at around 70 years of age or higher, and more prevalent within females. The presence of MAC can also be affected by other conditions such as diabetes, atherosclerosis, and hypertension.

“Suspicion for valve diseases including MVD should be increased and evaluation carefully performed in patients with MAC,” the authors advised.