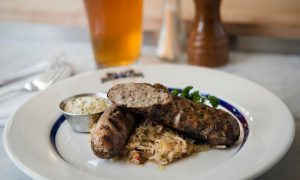 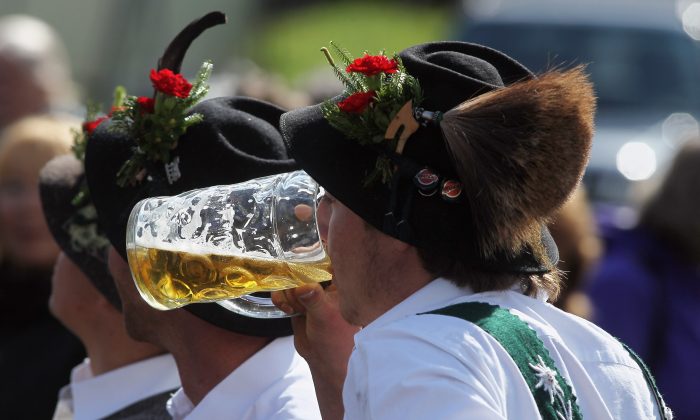 Happy Oktoberfest! Tapping into the Health Benefits of Organic Beer

Organic beer is more widely available than ever before, but when you go to the grocery store, the elaborate packaging of seemingly micro brewed beers, makes buying decisions difficult. Often times, mega brewers like Budweiser and Coors will package beers made at their facility in appealing packaging that makes them seem like they came from an artisan microbrewery. But read the label closely and you’ll find out it’s just Bud wrapped up in pretty packaging. And what’s worse, these conventional beers can be loaded with additives and GMOs.

Organic beer is certified by the USDA just like organic foods, or you can choose a local microbrewery and contact them to see what ingredients they’re using. Beer companies don’t have to disclose what’s in their beers on the label.

SMB and PMB: While some sulfites naturally occur in the winemaking process, sodium metasulfite (SMB) and potassium metasulfite (PMB) are artificially added to conventional beer and wine. SMB actually causes an allergic reaction in 4 percent of the people that drink it. It’s especially problematic for asthmatics who can find it deadly if they inhale too much of it.

BHA: Another preservative added to conventional beer, BHA is known to cause hives in some people. It’s an endocrine disruptor and a possible human carcinogen.

GMO Corn: Corn is often added to conventional beer to increase its alcohol content. And corn is one of the Big 8 most common genetically engineered foods. High fructose corn syrup is also added to beer and it’s also GMO. In all, 90 percent of the corn grown in the U.S. is GMO. Rodents fed GMO corn and soy showed immune system responses and signs of toxicity and GMO corn has also been linked to decreased liver and kidney function. If you buy organic beer, no GMO ingredients can be used in processing.

4 Healthy Reasons to Have a Pint of Beer

Fish Bladder: You heard it right. Fish bladder, or isinglass, is a form of collagen culled from dried swim bladder, an internal fish organ. It’s used in the fining process of conventional beer production when the leftover portions like yeast cells are removed from the brew. Isinglass or fish bladder quickens the process by turning the substance into a solid that’s easier to remove. Many brewers have switched to gelatin, which can be used for the same purpose. Gelatin is a leftover by-product of meat processing and it’s made from a version of collagen found in animals.