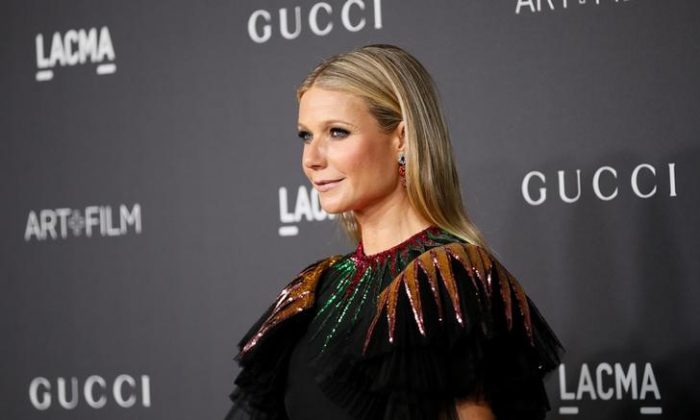 Gwyneth Paltrow to Give Marriage a Second Shot

Actress Gwyneth Paltrow on Monday announced her engagement to U.S. television producer Brad Falchuk, saying she had decided to give marriage a second shot after accepting “the soul-stretching, pattern-breaking opportunities” of intimacy.

Paltrow, 45, who famously described her 2014 separation from her Coldplay frontman husband Chris Martin as a “conscious uncoupling,” confirmed the engagement in an interview for the latest edition of her lifestyle magazine Goop.

“I have tried to accept how complex romantic love can be. I have decided to give it (marriage) a go again, not only because I believe I have found the man I was meant to be with, but because I have accepted the soul-stretching, pattern-breaking opportunities that (terrifyingly) are made possible by intimacy,” she said.

Last episode of Stranger Things on a lazy Saturday. ??

Paltrow and Falchuk, 46, have been dating for about two years. Falchuk was the co-creator with Ryan Murphy in 2009 of the popular TV series “Glee.” The two also worked together on the TV series “American Horror Story” and “Scream Queens.”

Paltrow won a best actress Oscar in 1999 for “Shakespeare in Love,” but is now better known as the creator of Goop, a lifestyle website and product store that promotes healthy eating and stress-free living.

She and Martin finalized their divorce in 2016 after 13 years of marriage. They have two children.

Paltrow and Falchuk posed for the cover of the magazine with his arms wrapped around her. Falchuk also answered the popular “How goopy are you?” quiz in a video on goop.com. The interview appears in the issue of Goop that hits newsstands on Tuesday.

The @AHSFX​ co-creator discusses raising a child with #dyslexia: "That struggle…is actually going to be the best part of them." @BFalchuk pic.twitter.com/Va6HAiugJn