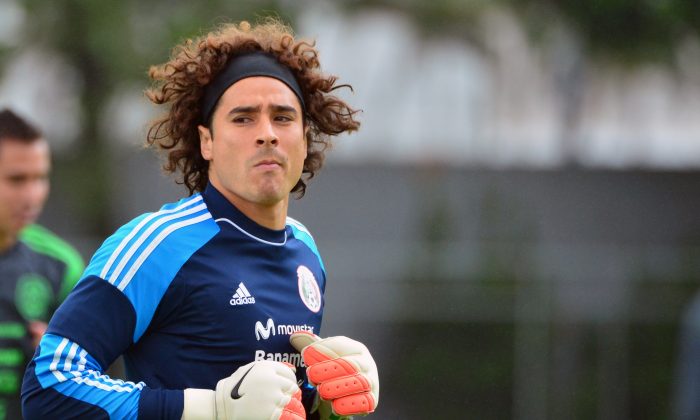 The 28-year-old Mexican goalkeeper, who is out of contract, could be headed to Malaga, Spanish newspaper AS reports.

Negotiations between Ochoa and Malaga should be finalized this week.

Ochoa supposedly turned down several lucrative offers from French Ligue 1 clubs in favor of a move to the Spanish side.

He was also linked with a move to English sides Liverpool and Arsenal.

The Mexican shotstopper will be a direct replacement for Malaga’s former number one goalie Willy Caballero.

The Argentine player left Malaga for Manchester City this summer.

Given the competitive nature of the Spanish La Liga, which boosts several top class forwards like Cristiano Ronaldo, Lionel Messi, and Luis Suarez, Ochoa will certainly be given the opportunity to replicate his World Cup 2014 form and shine.

Ochoa had a stand out World Cup 2014, putting in a string of top drawer performances for Mexico. The game that Ochoa is best remembered for is the group stage match against hosts Brazil, where he stopped Barcelona and Brazilian superstar Neymar twice.

Mexico eventually went out to the Netherlands on penalties in the second round.

After the match, Ochoa said: “It isn’t easy to go out this way, the way this match went.”

“It’s just very hard to deal with when victory escapes you this way.”