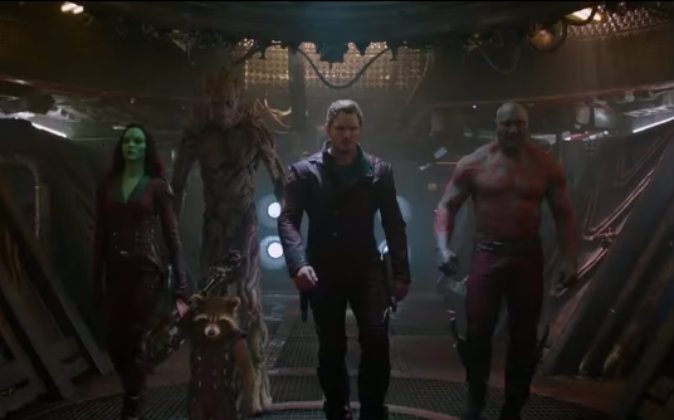 The upcoming Guardians of the Galaxy sequel will feature more women and less humans.

Director James Gunn revealed at a panal at Dragon Con (via Collider) that he wanted to introduce new female characters into the Guardians world in the upcoming sequel.

While Gunn didn’t name any characters from the comics that he would like to add, Kevin Sullivan at MTV suggested that Angela, Mantis, Moondragon, and Martyr could be the next heroine to feature.

Gunn is also going to “steer clear” of adding more humans to the Guardians, as he wants to make Peter Quill, played by Chris Pratt, the main earthling in the series.

There isn’t a date yet for the release of Guardians of the Galaxy 2, and it will likely have a lot to live up to given the popularity of Guardians at present.

LOS ANGELES—”Guardians of the Galaxy” continues to rule the box office universe.

The cosmic Marvel adventure arrived in first place at the box office for a fourth weekend with $10.2 million, according to studio estimates Sunday. The domestic haul for “Guardians,” which features Chris Pratt and Zoe Saldana as intergalactic do-gooders, now stands at $294.6 million after six weeks of release.

“Guardians” furthered cemented itself as the top grossing film of the year in North America, eclipsing the $259.8 million earned by fellow Marvel movie “Captain America: The Winter Soldier.” The sci-fi romp earned an additional $11.5 million internationally, bringing its worldwide total to $586.2 million.

Despite the continued success of “Guardians,” the weekend box office marked the slowest of the year with the total for all films released projected at $65 million, down 23 percent from a year ago, according to Paul Dergarabedian, senior media analyst for box-office tracker Rentrak.

Paramount’s “Teenage Mutant Ninja Turtles” sliced off second place in its fifth weekend with $6.5 million, bringing the domestic total of the live-action superhero reboot starring Megan Fox and Will Arnett to $174.6 million.

The weekend’s only new release, Freestyle’s musical drama “The Identical,” dismally debuted in 11th place with $1.9 million. The film starring Ray Liotta and Ashley Judd failed to achieve the successes of similar faith-based films as “Heaven Is for Real,” ”God’s Not Dead” and “Son of God” released this year.