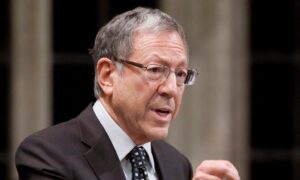 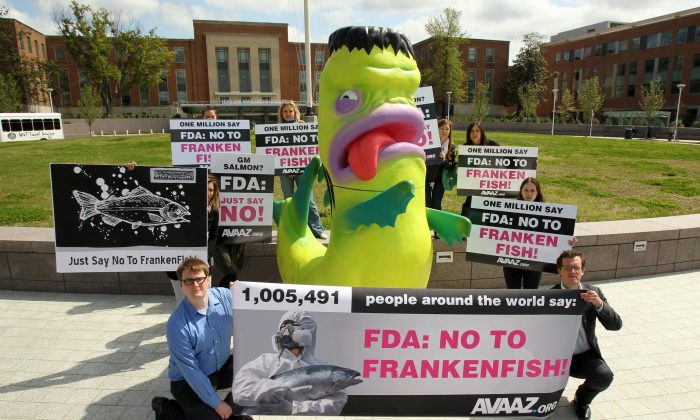 Public interest groups are calling on grocery stores to reject the sale of newly approved genetically modified salmon and produce after a private member’s bill that proposed mandatory labelling for GM foods was shot down in Parliament last week.

The Canadian Biotechnology Action Network (CBAN), which represents 16 groups ranging from farmer’s unions to grassroots awareness groups, says the government’s voting down of Bill C-291 to label GM foods goes against the interest of Canadians.

“This was an important opportunity for members of Parliament to vote for transparency in the food system when it comes to genetically modified foods and they chose not to,” said CBAN spokeswoman Lucy Sharratt.

“This is baffling to many Canadians and has been met with a lot of anger.”

This is baffling to many Canadians and has been met with a lot of anger.
— Lucy Sharratt, Canadian Biotechnology Action Network

But with the federal government unwilling to amend the Food and Drugs Act to include mandatory GMO labelling, the CBAN groups are calling on major retailers to pledge not to sell the newly approved GM Atlantic salmon, non-browning apple, and GM potato. Although the apple and potato have been approved, they are not yet on the food market. The salmon is expected to hit store shelves by 2018.

Sixty-four countries currently require labelling of GM foods. But in Canada and the United States, Sharratt said, the federal governments are heavily lobbied by the multinational biotechnology corporations to avoid such measures in order to prevent stigmatization and a loss in sales and profits.

“We already see a great deal of confusion among Canadians at the grocery store about which fruits, vegetables, and fish are genetically modified, and the best way to resolve this now is for grocery stores to in fact keep those foods off the shelves,” she said.

However, the organization that represents Canada’s major grocery chains says there are no plans to halt the sale of the newly approved GM foods and it has full confidence in selling genetically altered foods that have been approved by Health Canada and the Canadian Food Inspection Agency.

“We have confidence in the testing and the rigour that Health Canada brings to the process and we are confident in their approvals of food that is safe for consumption in this country, whether they are genetically modified or otherwise,” said David Wilkes, senior vice-president of the grocery division for the Retail Council of Canada.

Wilkes said Canadian consumers are ultimately the bosses of what goes on store shelves and if there is little or no demand for the GM food products, naturally they will be eliminated from stores.

He points to already existing non-GMO and organically grown labelling as a way for consumers to make informed choices on their personal preferences. But he maintains that it’s the number one priority for supermarket chains to provide safe food for consumers, and the regulatory process in Canada does its job of maintaining these high safety standards.

For activist groups like CBAN, however, when it comes to the approval and regulation of sale of GM foods there is a major lack of public discourse and transparency from Health Canada and the CBSA.

Sharratt points out that the government commissioned the Expert Panel Report on the Future of Food Biotechnology, which in 2001 made 53 recommendations for significant regulatory reform. But only two of the recommendations have been fully implemented since then.

“The decision-making process in general lacks transparency, and thus credibility,” the report said.

Brian Ellis, with UBC’s Michael Smith Laboratories, co-chaired the expert panel and he said GM food issues are often murky and complex and the science doesn’t always get to the forefront.

“It’s been a very sensitive issue because people do not like the thought of their food as being manipulated even though, quite frankly, most of the food out there is being quite manipulated,” he said.

Ellis said CBAN, other GMO awareness groups, and the writers of Bill C-291 have to realize they are positioning the issue in a very simplistic way and it’s not a simple issue.

Critics of the bill as well as members of Parliament said it wasn’t clear on what exactly qualifies as genetically modified food, and many foods have GM derivatives such as high fructose corn syrup, which Ellis said actually doesn’t contain the DNA of the original GM food.

But Ellis said he would support GM food labelling today and did propose it in the expert panel report nearly two decades ago—but for whole foods, which is easier to put into effect.

“If [consumers] are personally concerned with eating a genetically modified papaya for example, I don’t see why a label can’t be applied, which is strictly looking at it from a science and logic point of view.”