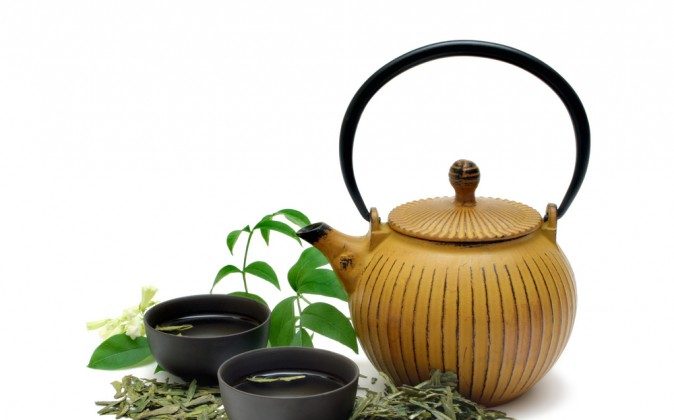 Green Tea Plus Exercise May Speed up Weight Loss

Mice that were given decaffeinated green tea and exercised regularly experienced sharp reductions in body weight and significant improvements in health.

The mice also experienced a 17 percent reduction in fasting blood glucose level, a 65 percent decrease in plasma insulin level, and reduction in insulin resistance of 65 percent.

Mice that ingested green tea extract but did not exercise or those that exercised but were not given green tea extract experienced less significant changes in weight and health measurements, says lead researcher Joshua Lambert, associate professor of food science at Penn State’s College of Agricultural Sciences.

“What is significant about this research is that we report for the first time that voluntary exercise in combination with green tea extract reduced symptoms of metabolic syndrome and diet-induced obesity in high-fat-fed mice more significantly than either treatment alone,” Lambert says.

Metabolic syndrome is the name for a group of risk factors—such as increased waist circumference, elevated triglycerides, reduced HDL-cholesterol, increased blood pressure, and increased fasting blood glucose—that increase the chance of developing heart disease and other serious health problems, such as diabetes and stroke.

The research, which was published online first in Molecular Nutrition Food Research, indicates that people could realize similar benefits, Lambert pointed out.

“I think we can make that leap,” he says. “When we put together our animal model experiments, we try to mimic the human situation as much as possible, so the dose of decaffeinated green tea that we used in this study is the equivalent of 8 to 10 cups of green tea a day, which is a lot for some people. But there are many people out there who are heavy, regular tea consumers.”

Approximately 34 percent of adults in the United States are classified as obese. Obesity is a risk factor for metabolic syndrome. The most effective way to deal with the development of obesity and metabolic syndrome is lifestyle change, Lambert explained, adding that if people really want to lose weight, they need to exercise more to burn more calories, and they need to eat less.

“But our findings suggest that green tea in the absence of caffeine can enhance the effects of exercise,” Lambert says. “The mice that exercised and had decaffeinated green tea extract had a more significant change in body weight, and they had better outcomes as far as lower blood glucose and lower plasma insulin levels. It looks like a combination of exercise and decaffeinated green tea enhances the body’s ability to use energy that is taken in.”

Decaffeination may not be crucial to the study, Lambert says, but he did not want the presence of caffeine in the tea to blur the results. Researchers focused on decaffeinated green tea because the literature shows that caffeine has a stimulatory effect. If mice or people ingest caffeine, it increases their basal metabolic rate and plays a role in increasing energy utilization and decreasing body weight.

Also, because a segment of the population remains skeptical of caffeine’s effect on health and avoids it, Lambert eliminated it from the research.

The mice used in the research were preselected for their propensity to run. Like people, some mice aren’t willing to run at all; others are willing to run constantly, Lambert says. Running wheels equipped with counters were placed in the cages and the mice ran voluntarily.

Although previous studies have shown that forced running or exhaustive swimming in combination with tea extract attenuate obesity in mice, there have been no previous reports on the effects of green tea in combination with voluntary exercise on obesity and metabolic syndrome in high-fat-fed mice. Forced exercise introduces other health problem into studies, Lambert says.

“Our rationale for looking at voluntary exercise as opposed to forced exercise is that people who are interested in reducing body weight and dealing with diabetes and that sort of thing do have a high level of motivation,” he says. “However, most people aren’t in a situation where they are being forced to exercise. Supported or encouraged, yes, but forced, no.”

Combining green-tea drinking and exercise may well help people—like mice—lose weight, but until research is done with humans, there is no way to be certain, Lambert stresses.

“It looks promising for people, but somebody will have to do this experiment with people to definitively show that green tea and exercise together have a beneficial effect in humans,” he says.

The National Institutes of Health supported this work.

Image of green tea via Shuttertsock