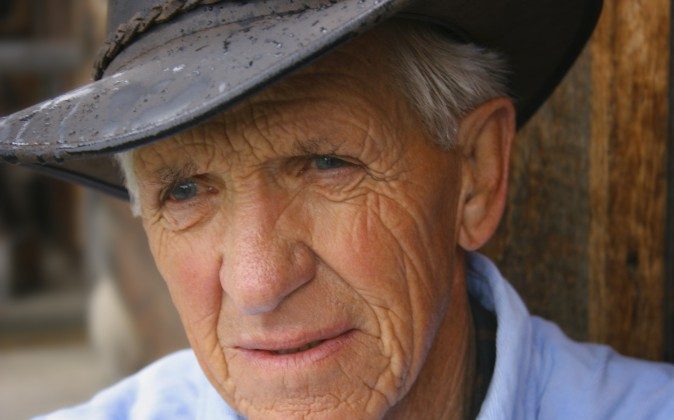 Researchers have developed insoles with a GPS device to help caregivers keep track of elderly people with Alzheimer’s and dementia.(Design Pics/thinkstockphotos.com)
Health News

GPS Tracking for the Elderly

Andrew Carle, an assistant professor at George Mason University and a consultant on senior housing issues, is always looking for new technology to improve the lives of the elderly. He’s even coined a term for his life’s work: “nana technology.”

So when he came across a shoe in 2007 with a Global Positioning System device embedded in the sole—an innovation aimed at parents concerned about their kids disappearing—he had an idea. Why not use the technology to develop a shoe for senior citizens? It could be a lifesaver for people with Alzheimer’s disease and other dementia patients while easing caregivers’ fears that they’ll wander away.

Carle met with Patrick Bertagna, chief executive of GTX, the Los Angeles-based maker of the shoe. “It just really touched us,” Bertagna said of his meeting with Carle. “I brought in a whole management team to shift our focus.”

By late 2011, a new GPS-equipped shoe was ready for people with a variety of cognitive disorders, including traumatic brain injury and autism. Word spread quickly, and in 2012, a Swedish science museum named the shoe one of the “Top 100 Innovations of Mankind,” alongside the telephone and the Internet.

Now, Carle and GTX are taking their nana technology a step further. They’ve developed insoles with an embedded GPS device so that the technology can be easily moved between pairs of shoes. The “Smart Soles” are being tested by groups that work with dementia patients, and Carle said the soles are scheduled to be released this summer.

The GPS shoe and insole have all sorts of potential ramifications, and the word is spreading. During Super Bowl week, Carle met with the NFL Retired Players Association, many of whose members are believed at risk of chronic traumatic encephalopathy, a degenerative brain disease.

Carle is also reaching out to veterans groups, some of whose members suffered traumatic brain injuries, to autism groups and to law enforcement agencies. Police and sheriff’s departments are often called on to conduct extensive searches for missing seniors who are in danger of dying of exposure or dehydration.

“You’ve got 5 million people with Alzheimer’s in this country,” Carle said, “and that’s going to quadruple. You’re going to have municipalities who do nothing but search and rescue for local seniors all day.”

The International Association of Chiefs of Police launched an Alzheimer’s initiative for police departments several years ago because dementia patients are a serious concern for law enforcement. Amanda Burstein, director of the IACP initiative, said GPS-equipped devices such as the GTX shoe are “part of our options for law enforcement in our classroom training.”

Burstein emphasized, however, that the shoe didn’t solve the problem.

When such devices produce quick results, “there’s obviously a huge resource savings,” Burstein said. “But it’s limited to those who can afford it, take care of it, and are monitoring it.”

Fairfax County Sheriff Stacey Kincaid expressed similar reservations. She cited the cost—$299 per pair, plus $20 to $40 a month for a cellular service plan—and the need to charge the GPS device daily. “It’s not so easy as putting on a shoe and calling it a day,” Kincaid said.

Carle said the GPS shoe or insole is a substantial improvement over the Project Lifesaver program because it doesn’t require a bracelet, which many dementia patients dislike, and it doesn’t require law enforcement involvement. It also uses GPS technology instead of radio frequency identification-based technology that requires a searcher to come within 400 yards of the subject.

The Alzheimer’s Association in Chicago offers its Comfort Zone GPS system, a cellphone-sized device designed to be carried in a pocket.

But Beth Kallmyer of the Alzheimer’s Association said that cellular and GPS devices may not work in some places and that “there is no one technology that’s going to work for everybody.”

Carle conceded that he’s not a tech guy. His background is in hospital administration, more specifically in senior living and assisted care.

“I’ve been trying to push these tech industries to pay attention to older people,” Carle said. “They weren’t doing it.”

Then he found Bertagna, whose company focuses on wearable technology. Bertagna said he devised the original GPS shoe after the 2002 abduction of Elizabeth Smart in Utah. He said GTX subsequently “shifted our entire focus to people with cognitive memory disorders, traumatic brain injuries, athletes, children with autism.”

The GPS-equipped shoes and the insoles make use of cellphone technology.

Family members with a smartphone can determine a GPS-equipped shoe’s location by calling it. The shoe responds by sending a Google map that pinpoints the location.

In addition, family members can set up a “geofence” perimeter, and the application will send an alert if the shoe goes beyond the perimeter.

“By using shoes,” Carle said, “we’ve maximized the chance the technology is there when we need it. They don’t even know it’s in there.”