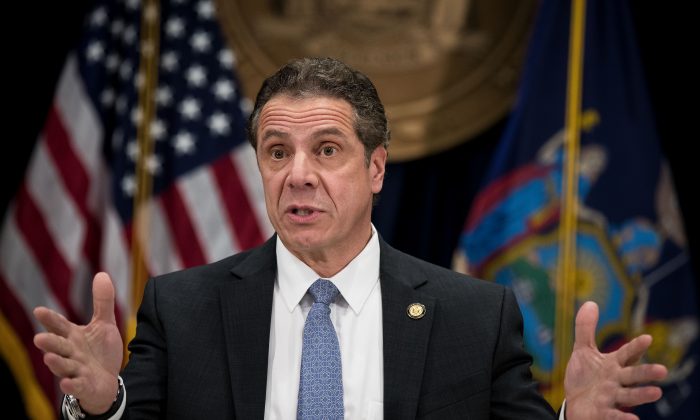 Cuomo said 600,000 daily commuters who use rail service at Penn faced a “summer of agony” if essential track repairs were left under the control of Amtrak, which operates the nation’s busiest train station. In addition to Amtrak’s intercity service, trains operated by New Jersey Transit and the Long Island Rail Road run into and out of the station.

“I request that the federal government treat this as an emergency situation and provide funding for the short-term Penn construction and transportation alternatives and facilitation of a long-term resolution for Penn Station,” Cuomo wrote in a letter to Trump that the governor’s office released in an email.

Amtrak has come under fire in recent weeks after a pair of derailments that disrupted travel for hundreds of thousands of commuters. Since then, deteriorating track conditions at Penn Station have triggered daily service delays and cancellations.

The subsequent overcrowding of the midtown Manhattan station has created “near riot” conditions for stranded commuters, Cuomo said.

“I have referred to the station as reminding me of the Catacombs—claustrophobic, threatening and crumbling,” wrote Cuomo, considered a likely contender for the 2020 Democratic presidential nomination.

Cuomo, who has emerged as a champion of New York infrastructure projects in his two terms as governor, urged Trump to consider including an overhaul of the station in his $1 trillion plan for federal infrastructure investments.

As an alternative to Amtrak, “we would be open to considering a number of options,” said Cuomo, noting the Port Authority of New York & New Jersey could do a better job at overseeing the necessary repairs and renovations. The Port Authority operates the region’s airports and many of its bridges and tunnels.

He raised doubts about Amtrak’s pledge to complete necessary track repairs in six weeks this summer, a project that will require a 20 percent reduction in train service during peak hours.

“Even if true, this will be a summer of agony as thousands of commuters would be significantly inconvenienced and alternative routes and means would be swamped,” Cuomo wrote.

Since his election in 2011, Cuomo has presided over the long-delayed opening of New York’s Second Avenue subway, a renovation of LaGuardia Airport and replacement of the Tappan Zee Bridge across the Hudson River, among other projects.