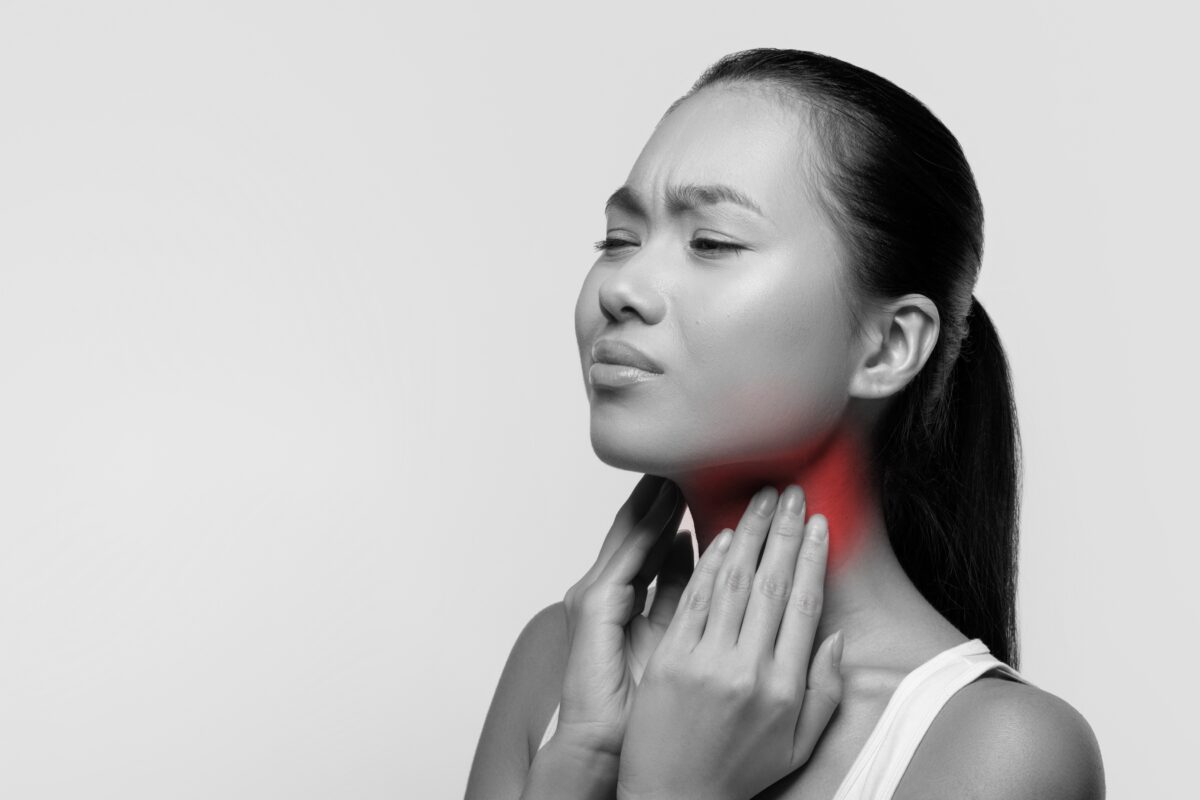 It manifests as a feeling of something being caught in your throat that won’t go away no matter what you do. By Prostock-studio/Shutterstock
Traditional Wisdom

Got a Lump in Your Throat? Here’s What You Need to Know

Over twenty years ago, during my first trimester of acupuncture school I developed this weird sensation in my throat that felt like a lump. I could eat and drink, but I had what felt like something stuck at the bottom of my throat and it really hurt. It was a little scary because I didn’t know what was going on and I was worried that something serious might be wrong with me.

While I was concerned at the time, I have since found that this throat lump sensation is fairly common. It manifests as a feeling of something being caught in your throat that won’t go away no matter what you do. It can be uncomfortable, but typically doesn’t interfere with your ability to swallow. If this is happening to you, you’re not crazy; it’s a real condition. Here are some things to know:

In Chinese medicine, this sensation of a lump in your throat is poetically called Plum Pit Qi, because it feels like a plum pit is caught in your throat and can’t move. From a Traditional Chinese Medicine standpoint, there are couple of things going on when this happens. First, there is an emotional component. It’s believed that Plum Pit Qi is caused by stress or a life situation that is figuratively too hard to swallow, so it becomes caught in your throat. There’s also a digestive component, as emotional upsets often disrupt your digestion. It can kill your appetite, upset your stomach, cause diarrhea and trigger heartburn or acid reflux. And in Chinese medicine, there is also some element of phlegm with Plum Pit Qi. Whether from post nasal drip or what the Chinese call invisible phlegm, any effective treatment of this condition involves addressing phlegm.

In Western medicine, there’s no treatment for Globus, as it’s considered to be a benign condition that will resolve on its own. You may be prescribed a nasal spray to control post nasal drip, antacids for heartburn or acid reflux and suggestions on handling your stress, but there’s no specific treatment to make the lump go away.

Treating Plum Pit Qi in the Chinese tradition is a different story, however. There are some very specific acupuncture points to address this condition. They’re combined into a treatment meant to soothe your emotions, support your digestion and get rid of the phlegm. It’s well-known that acupuncture is effective in treating stress and anxiety, as it activates your parasympathetic nervous system which helps your body rest and recover from stress and promotes digestion. It also bumps up the circulation of feel-good neurotransmitters that instill feelings of calm. Chinese herbs can be very useful for Plum Pit Qi. A combination of herbs called Ban Xia Hou Po Tang has been used since ancient times specifically for this condition. It’s safe and works incredibly well. A little self-care is also helpful and includes avoiding the foods that aggravate your symptoms, reducing stress and resolving the situations in your life that are upsetting and too hard to swallow.

Looking back to the time when I had this lump, I realize that I had just entered graduate school to study acupuncture and Chinese medicine, which was much harder than I had ever imagined. In addition, I had two school-aged kids and was wrapping up a consulting project on which I had been working. Clearly I was ringing the stress bell. I went to my Western doctor who shrugged his shoulders and was unconcerned. Luckily, being in school meant I was in the right place at the right time, and was able to get acupuncture in the teaching clinic and prescribed the Ban Xia herbal formula. While my bout of Plum Pit Qi was painful, it was quickly relieved with Chinese medicine and has never come back.