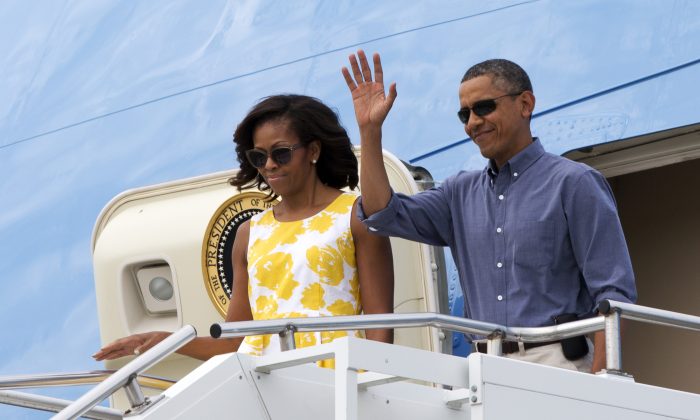 LOUISVILLE, Ky.—A Kentucky Republican state House candidate is refusing to apologize for several Facebook posts depicting President Obama and the first lady as monkeys, but the state GOP chairman has condemned the posts and issued his own apology for them.

The posts by Dan Johnson, who is also the bishop of the Heart of Fire Church in southeast Louisville, include a picture of a chimpanzee with the caption “Obama’s baby picture” and a photo that had been altered to give Obama and his wife ape-like features. Johnson also posted a photo of a young Ronald Reagan feeding a monkey with a bottle with the caption: “Rare photos of Ronald Reagan babysitting Barack Obama in early 1962.”

Johnson did not return messages from The Associated Press seeking comment. But he told WDRB he was not apologetic about the posts.

“I want to be myself. I would rather be myself than be elected as state representative of the 49th (district),” he said. “It wasn’t meant to be racist. I can tell you that. My history is good there. I can see how people would be offended in that. I wasn’t trying to offend anybody. But I think, you know, Facebook is entertaining.”

“They represent the rankest sort of prejudice present in our society and do not in any way, shape or form represent the views of the Republican Party of Kentucky or the many fine candidates representing us on the ballot this November,” Brown said. “I want to apologize to the members of Kentucky’s African-American community.”

Democratic Party chairwoman Sannie Overly has called for Johnson to drop out of the race.

The controversy comes as Republicans and Democrats are battling for control of the state House of Representatives, the last legislative chamber in the South still controlled by Democrats. Republicans need to pick up four seats to win a majority in the House for the first time since 1920.