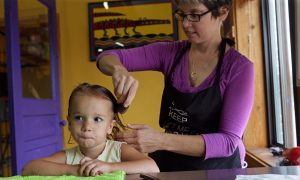 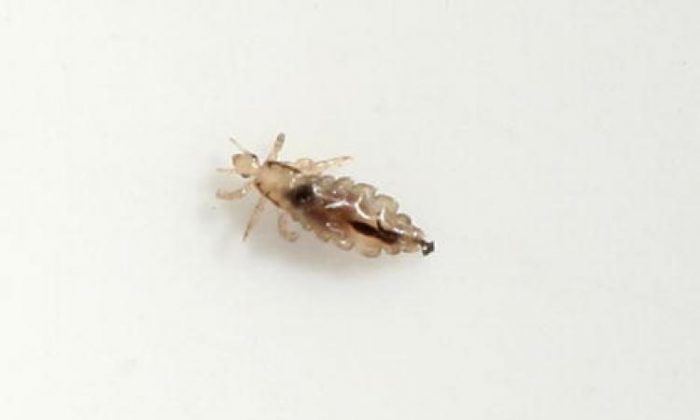 A head louse (Pediculus humanus capitis) crawls on a piece of paper after having been removed from the hair of a little boy, on June 22, 2007 in Berlin, Germany. (Sean Gallup/Getty Images)
International

A teenager was left with severe burns after she was told to wash her hair with gasoline in a bid to get rid of head lice.

The 16-year-old Turkish girl doused her hair in gasoline after a school friend told her it would kill the head lice, but she accidentally got too close to a heater and set herself on fire.

The teenager—identified only as Gozde K.—was hospitalized with serious burns all over her body, according to Turkish news outlet Bolge Gundem.

Girl's hair goes up in flames after she washed it with petrol to get rid of licehttps://t.co/sUpx50kVti pic.twitter.com/krCv9T8dxs

The tragedy occurred in the eastern Turkish province of Erzincan at around 10 p.m. on March 3, according to Turkish news outlet Enson Haber.

He then called the emergency services and the 16-year-old was rushed to the burn unit of the Ataturk University Yakutiye Research Hospital.

Gozde K. was later transferred for further treatment to the intensive care unit, according to reports.

Her father is also undergoing treatment at the same hospital after receiving burns to his hands while trying to extinguish the flames on his daughter’s body.

He told local media: “She used the fuel from our gasoline heater and somehow she bent down and touched the heater, which instantly set her on fire.

“I covered her with a towel and called the emergency services, she was bleeding. They have carried out surgery and we pray to God that she will survive.”

The father has since set up a fundraising page and social media campaign to try to help cover the medical costs incurred by the incident.

Getting Rid of Lice

Adult lice are tan or greyish white, about the size of a sesame seed and move around.

According to the Centers for Disease Control and Prevention (CDC), one way lice are transmitted is through direct head-to-head contact. This can happen when hugging or leaning in close to someone whose scalp is infested.

Lice can also infest hoodies, hats, and caps—even backpacks and stuffed animals. The CDC said that lice move by crawling—they cannot hop or fly. Dogs, cats, and other pets do not play a role in the transmission of human lice, according to the organization.

Relentless head-scratching usually is the first sign that a child may be suffering from an infestation of lice.

Once a family member is identified with head lice, all household members should be checked, the American Academy of Pediatrics (AAP) advises.

The AAP does not recommend major environmental cleaning, such as applying pesticides in the home, but advises washing items that may have been in contact with the hair of anyone found to have head lice, including pillowcases and hair brushes.

An over-the-counter medicated shampoo that contains 1 percent permethrin is a first-line treatment, advises the American Academy of Pediatrics (AAP).

“Unless resistance has been seen in the community, pediatricians and parents should consider using over-the-counter medications containing 1 percent permethrin or pyrethrins as a first choice of treatment for active lice infestations,” the AAP states. “The best way to interrupt a chronic lice problem is with regular checks by parents and early treatment with a safe, affordable, over-the-counter pediculicide. After applying the product according to the manufacturer’s instructions, parents should follow with nit removal and wet combing.”

“Permethrin is a synthetic form of pyrethrin, which comes from chrysanthemum flowers,” explains James Cuthbertson, M.D., of Berkeley Pediatrics, as cited by SafeBee. “It’s a neurotoxin to lice—it poisons their nervous systems—but doesn’t harm humans.”

Children should be taught not to share personal items such as combs, brushes, and hats, the AAP notes, adding, “Regular observation by parents can also be an effective way to detect and quickly treat head lice infestations.”

Some people try home treatments like putting vaseline in hair, according to the Journal of Pediatric Nursing, but no home remedy has proven fully effective.

“Results indicated that only the application of petroleum jelly caused significant louse mortality but no treatment prevented lice from laying eggs,” according to the Journal. “Most home remedy products did little to kill eggs, despite prolonged exposure.”

Nor will a long shower or bath drown lice as they can survive in water for up to eight hours.

“None of the home remedy products we surveyed was an effective means of louse control,” said the Journal.

Manual louse removal is one of the best and easiest ways to deal with a lice infestation. This could involve combing out hair and picking out nits, or simply cutting hair short or shaving the head bald.