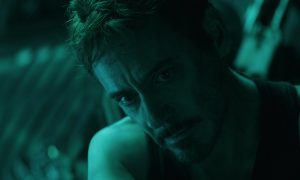 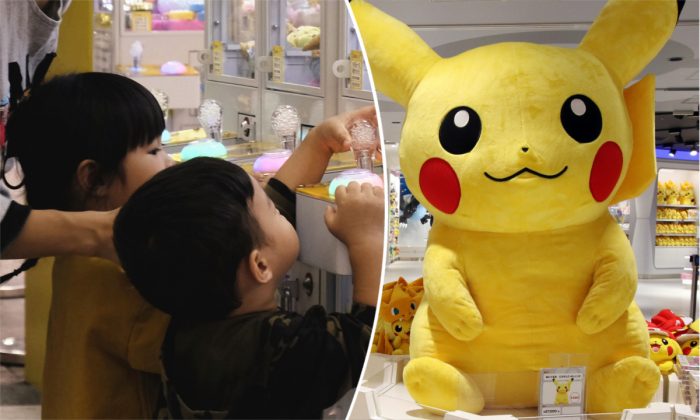 A 3-year-old girl got herself caught inside an arcade claw machine while trying to get herself a stuffed Pikachu doll, according to multiple Chinese online news outlets.

After passersby noticed the stoic girl trapped inside, they called both the police and fire department. However, the roughly 20 minute rescue operation needed nothing more than the man with the key to open the door and lift her out.

The unnamed girl got herself stuck on June 20 in an arcade claw machine in Dongguan City of China’s Guangdong Province, according to Pear Videos.

The girl suffered no injuries, and may have been the most calm of everyone involved in the ordeal.

Claw machines have become highly popular in some Asian countries in recent years, including China, and can be seen at many indoor malls, with some shops full of nothing but the machines.

Caught by the Claw

The girl was at a mall with her mother after 6 p.m. on June 20, according to KNews. While the mother was focusing on the two younger siblings, the girl went off on her own to try to get a Pikachu doll for herself. Pikachu is a Pokemon—fictional creatures of a Japanese anime series.

The machine has a small dispenser at ground level covered by a flap, where the stuffed dolls can be taken if someone manages to win. This was where the little girl crawled up into the machine.

Once she got inside, however, she couldn’t get out of the tube that led up to the smiling Pikachu dolls, leaving her head and shoulders for people to see.

And when people did see her, they called the fire department and police.

When the authorities arrived at the scene, they evaluated that there was no immediate danger to the girl, including no threat of suffocation.

However, some people were worried about the girl having enough air—one man can be seen using what appears to be a book to fan air into the opening through which the girl crawled.

“This little girl is pretty awesome,” one passerby said in a recording reported by Pear Videos.

Then the owner of the claw machine arrived with the key, he quickly unlocked the door, and lifted the girl out to safety.

“The key had been taken away at that time, since we thought there wouldn’t be any problems for those 10 minutes,” the unnamed owner of the claw-machine told KNews. “Maybe the opening is too big, which caused the girl to run into this problem.”

Police asked the owner to move the machine.