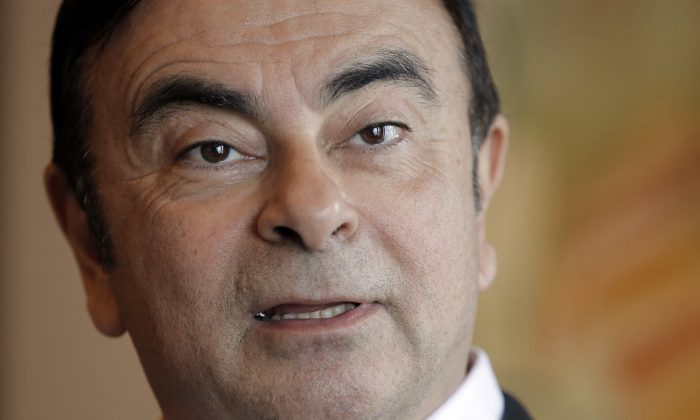 PARIS—Legal troubles are piling up for Carlos Ghosn after French carmaker Renault said April 3 it had flagged to judicial authorities serious problems with his expenses during his time as chairman of the company.

Renault’s statement suggests the company is toughening its approach to Ghosn, who it had long refrained from criticizing after he was arrested in November in Japan on charges of understating his income at Japanese carmaker Nissan, which he was chairman of too.

Renault said after a special board meeting that it had informed French authorities “of potential issues concerning payments made to one of Renault’s distributors in the Middle East.”

That echoed media reports that Ghosn had also benefited from payments made to a Renault-Nissan distributor in Oman that exposed him to further charges.

Ghosn has denied wrongdoing and on April 3 took to Twitter, posting on his new verified account, to say he will hold a news conference on April 11: “I’m getting ready to tell the truth about what’s happening.”

Renault had previously alerted French authorities that Ghosn had benefited to the tune of 50,000 euros from a philanthropic deal the company had struck with the chateau of Versailles. Ghosn had reportedly held a lavish wedding at the royal estate.

On April 3, Renault also said that an internal investigation at the joint venture between Renault and Nissan, called RNBV, “suggest serious deficiencies in terms of financial transparency and expenditure control procedures.” It said the expenses amount to several million euros since 2010.

The Renault board said it would not pay Ghosn the variable part of his pay packet for 2018, which comes on top of his fixed salary of 1 million euros ($1.13 million) for the year. It also stripped him of part of his pension benefits scheme.

Ghosn’s lawyer, Junichiro Hironaka, told reporters on April 2 he has petitioned a Tokyo court to allow him to be tried separately from Nissan Motor Co., a co-defendant in the case in Japan.

Ghosn’s arrests and charges are a sharp fall for an executive who dominated the industry. He has won global accolades for turning around Renault and then its alliance partner Nissan over the past two decades. He had wanted to merge the two companies, which together with a third alliance partner, Mitsubishi, are the biggest maker of passenger cars in the world.

Ghosn bet early on that emissions crackdowns would eventually bring an end to the era of gasoline and diesel engines, so he has championed bringing electric and autonomous cars to the masses, fighting resistance within both companies.