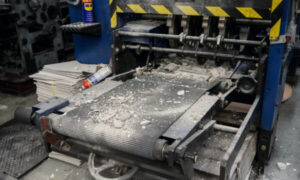 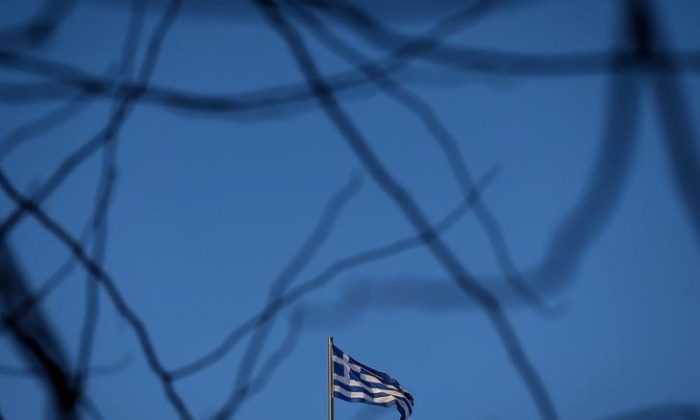 A Greek national flag flutters on the roof of a building in Athens, Greece Feb. 8, 2018. (REUTERS/Costas Baltas)
International

BERLIN—Germany on Wednesday lowered expectations that Greece and its euro zone creditors could soon reach an agreement on debt relief after Athens far exceeded lenders’ budgetary demands in 2017.

Greece has posted an overall budget surplus for the second straight year, even when debt repayments are included. This result could facilitate debt relief talks before the end of Athens’ current bailout program, the third since 2010.

But a spokeswoman for German Finance Minister Olaf Scholz poured cold water on any such hopes when asked to comment on a report by Handelsblatt business daily which said Berlin was still opposed to granting debt relief without strict conditions.

“No decisions have been made, there is no predetermination in these questions,” spokeswoman Jeanette Schwamberger said.

The debt relief talks will continue and Germany hopes a decision can be reached in good time before the end of Greece’s third bailout program, Schwamberger said. But she also added: “This decision will certainly take a few more weeks.”

After eight years of tight supervision by its euro zone partners and the International Monetary Fund, Greece hopes to have regained full market access and be able to set its own economic policy when its current bailout expires on Aug. 20.

Senior EU officials said last week that creditors were working on a debt relief offer that would be an incentive for Athens not to backtrack on reforms from its three international bailouts and to continue to stick to prudent fiscal policy.

This was echoed by the Handelsblatt report which said Scholz was against a proposal to grant debt relief for Greece if its economic growth should drop below a certain level.

Citing a Finance Ministry document ahead of the meeting of euro zone finance ministers on Friday, the newspaper said that Greece should not be entitled to such a debt relief mechanism without strict conditions.

“Weak growth would therefore not automatically entitle Greece to reduce its debt service payments,” the Finance Ministry said, according to the report.

The conditions would include that Greece must stick to the jointly agreed budget rules of the euro zone, the report said.

Many euro zone officials are worried that as time passes, Greek politicians will be under increasing pressure to loosen budget strings again, so they are seeking ways to make it worth Greece’s while to be fiscally prudent as long as possible.

Officials say a well-designed offer of further debt relief for Greece could provide an incentive for Athens not to stray from the agreed reform path and keep a high primary budget surplus – the balance before debt servicing costs – of 3.5 percent of GDP, until at least 2022.