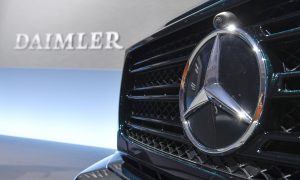 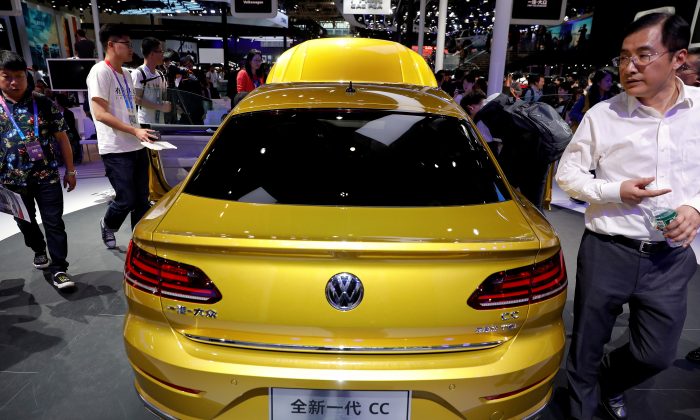 The new Volkswagen CC is displayed during a media preview of the Auto China 2018 motor show in Beijing on April 25, 2018. (Damir Sagolj/Reuters)
Europe

BERLIN—Germany’s influential BDI industry association has called on the European Union to adopt a tougher policy toward China and urged companies to reduce their dependence on the Chinese market as concerns mount over price dumping and technology transfer.

The tougher tone is the latest sign that policymakers and business managers in Europe are becoming increasingly worried about China as a competitor and its state-driven economic model.

In a paper presented Jan. 10, the BDI stressed that German firms need China as a market, but sounded the alarm about Beijing’s reluctance to open up access and made 54 demands to Berlin and Brussels to help.

“Beijing should, in its own interests, further open its domestic market and properly implement its long-announced economic reforms,” BDI President Dieter Kempf said.

The paper, first reported by Reuters in October, called for the EU to create a stronger economic framework for its own internal market to bind firms from non-market economies to its own liberal economic system.

“For the EU, it is more important than ever not only to spell out the importance of its own system and values internally but also to offensively represent them externally,” said the BDI.

Among its demands are toughening up EU subsidy rules. Companies that don’t produce goods in the EU should not be able to receive state subsidies, it argued. It also called for more EU investment in infrastructure and innovation.

The Economy Ministry welcomed BDI’s call to make German and European companies more competitive, but it also said that any differences with China must be solved through dialogue.

“China and Germany have very close and advantageous trade relations that allow us to address unequal rules of competition for our companies in the respective markets in a continuous dialogue process,” an economy ministry spokeswoman said.

“At the same time, we are increasingly looking to better protect and strengthen sensitive German and European business sectors from state-run strategic overseas acquisitions.”

Germany last month agreed new rules to lower the threshold for screening and even blocking purchases of stakes in German firms by non-Europeans, in a move to fend off unwanted takeovers by Chinese investors in strategic areas.

Bilateral trade between Germany and China hit a record 187 billion euros ($215 billion) in 2017, almost 30 percent of the total EU trade with the Asian giant. Some of the country’s biggest companies, including Volkswagen and BMW rely heavily on the rapidly-growing market.

“Nonetheless, it is generally sensible for the German industry to maintain diversified trade relations and make investment decisions,” it said.

“Too much dependence on a single market always involves political and economic risks that must be minimized.”

Germany’s DIHK Chambers of Industry and Commerce estimates that some 900,000 jobs in Germany depend on exports to China.