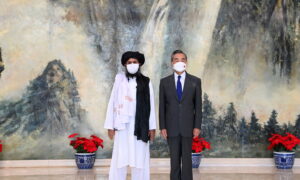 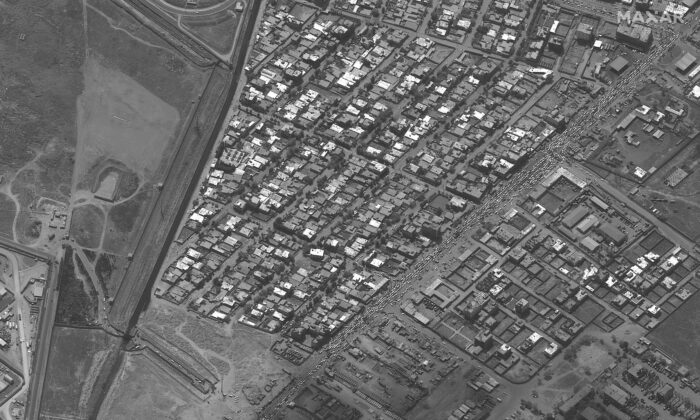 Crowds are seen near the airport in Kabul, Afghanistan, on Aug. 19, 2021. (Satellite Image 2021 Maxar Technologies/Handout via Reuters)
Europe

BERLIN—A German civilian was shot on his was to Kabul airport but is not in a life-threatening condition and will soon be flown out of Afghanistan, a German government spokeswoman said on Friday.

“A German civilian suffered a gunshot wound on his way to Kabul airport. He is receiving medical attention, but his life is not in danger and he will be flown out soon,” the spokeswoman told a regular government news conference in Berlin.