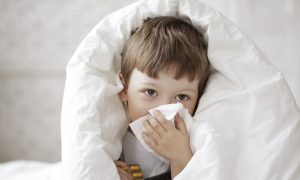 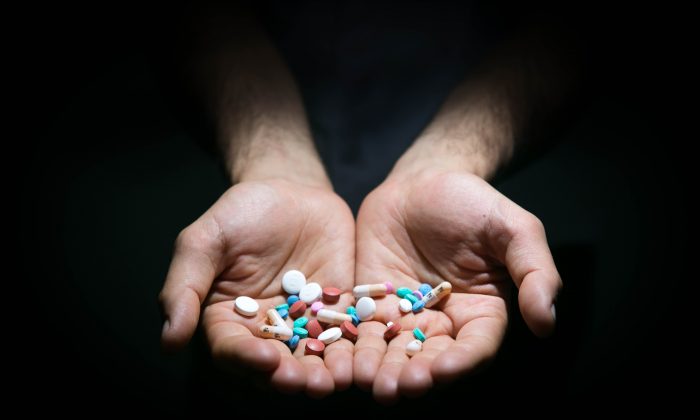 Researchers in China have made a truly frightening discovery. They found a gene in an E. coli bacteria that programs the bacteria to be resistant to colistin, which is commonly used as a last resort antibiotic for difficult to treat infections. (Benjamin Chasteen/Epoch Times)
China

Researchers in China have made a truly frightening discovery. They found a gene in an E. coli bacteria that programs the bacteria to be resistant to colistin, which is commonly used as a last resort antibiotic for difficult to treat infections. Worse yet, the gene, found on a pig, existed in the plasmid of the bacteria instead of its genome, making it much easier to spread.

The emergence of multi-drug resistant bacteria has fueled doomsday scenarios where a completely antibiotic-resistant superbug scorches the world with a second Black Death. Years have passed without a major crisis, but is it finally time to start panicking? For epidemiologists and clinicians who study antibiotic resistance, the answer is a resounding yes.

“This ranks up there with the worst news I’ve ever heard,” said Lance Price, a professor at the Milken Institute of Public Health.

5 Amazing Ways Probiotics Can Protect You This Flu Season
This ranks up there with the worst news I’ve ever heard.
— Lance Price, professor, Milken Institute of Public Health

There are multiple last-line-of-resistance antibiotics, and a proliferation of the recently discovered gene doesn’t mean that doctors would be out of ammunition entirely, but it would exacerbate a growing public health problem.

Last resort antibiotics—the treatment given when bacteria have proven resistance to everything else—are often expensive, have extremely strong side effects, and not every drug is compatible with every patient.

A report from the Centers for Disease Control and Prevention (CDC) in September 2013 put the annual death toll of antibiotic-resistant infections in America at 23,000, and put the social cost of the infections at $35 billion.

But this is only the beginning.

Predicting the exact rate at which antibiotic resistant strains develop and how quickly new antibiotics will be discovered is a mug’s game, but worst-case scenarios provide a useful reference point.

A 2014 report commissioned by U.K. Prime Minister David Cameron estimated that, if resistance to antibiotics reaches 100 percent in 15 years, infections could kill an additional 10 million people a year worldwide—making it deadlier than cancer—and cost the world economy $100 trillion by 2050.

The assumption that antibiotic resistance could reach 100 percent isn’t entirely implausible. The number of antibiotics approved for clinical use dropped from 113 in 2000, to 96 in 2014, and existing antibiotics are being retired at twice the rate that new ones are being introduced.

Regrettably, I believe the fear and alarm regarding the state of antibiotic development and antibiotic resistance is well justified.
— Gautam Dantas, associate professor, Washington University School of Medicine

Meanwhile, new superbugs are on the horizon. Methicillin-resistant Staphylococcus aureus (MRSA)—a strain of staph infection often transmitted in health care facilitates—is already a well-known killer, and could soon be joined by E. coli ST131, which is already very close to becoming resistant to all antibiotics that treat urinary tract infections.

“Regrettably, I believe the fear and alarm regarding the state of antibiotic development and antibiotic resistance is well justified,” said Gautam Dantas, an associate professor of pathology and immunology at the Washington University School of Medicine in St. Louis. “My evidence-based fear dial with this issue is set to 9 (out of 10), especially if we continue with the status quo.”

Tragedy of the Commons

The structure of drug patent law in the United States, combined with how antibiotics are best used, creates strong incentives against investing in new drugs.

Drug patents last 20 years, but clinical trials often last more than a decade, and new antibiotics are rationed, lest overuse breeds premature resistance against them. This makes antibiotics research a relatively unprofitable venue for pharmaceutical companies, and between 2008 and 2012, only one new antibiotic was approved by the FDA, down from 16 between 1983 and 1987.

The market failure in antibiotics has not been corrected by the government either, and efforts to curb drug resistance have relied on restricting excessive use of antibiotics.

President Obama issued an executive order to tackle antibiotic resistance in March that includes strong efforts to cut down on excessive antibiotic use, but no new funds for research were announced, which would have required the cooperation of Congress.

A reduction in needless antibiotic use would slow down the pace that drug-resistant strains are bred, and timing alone can make a big difference.

The 2014 U.K. report said that delaying 100 percent antibiotic resistance by 10 years could save $65 trillion in worldwide output by 2050.

“[Private] companies have been leaned on to announce voluntary antibiotic conservation programs. Many like Wal-Mart, McDonalds, Chick-fil-A, and Chipotle were already moving on this,” Kevin Outterson, a health law expert at Boston University, said in an email.

But for superbugs to be effectively delayed, a global effort is needed. Unlike iconic pandemics like influenza or Ebola where the symptoms are highly visible, virulent infectious strains are often asymptomatic, making carriers impossible to quarantine or isolate. If superbugs are to be stopped, they have to be stopped everywhere.

“You can be perfectly healthy in your gut and pass that [superbug] from person to person,” Price said. “It can get on airplanes, travel the world, then infect the part of the population that is the most vulnerable: cancer patients, the elderly, and children.”

In the short run, the best case scenario would be if China—where use of antibiotics in its enormous pork industry makes it the likely epicenter for the next superbug—introduced more stringent standards on antibiotic use. Ideally, the standards would be as strict as those in Denmark and Sweden, which have yielded lower prevalences of MRSA (one strain had a frequency of 1.6 percent in Sweden versus 16.9 percent in France.)

These concerns are also shared by the general public in China where a staggering 83 percent believe that farmers should use less antibiotics, the highest proportion of the 12 nations in a recent survey conducted by the World Health Organization.

Therefore, a big question mark in the prognosis for stemming the crisis is whether China will take strong measures.

“Many international stakeholders hope for strong leadership on this issue from China, both domestically and in the G-20,” Outterson said.

Given China’s poor track record in the health sector—including the coverup of the initial SARS outbreak, government-backed blood selling schemes that lead to a massive AIDS epidemic, and the harvesting of organs from prisoners of conscience in military hospitals for profit—the prognosis may not be good.

How to Reduce Spread of Antibiotic Resistance

Antibiotic Use in US