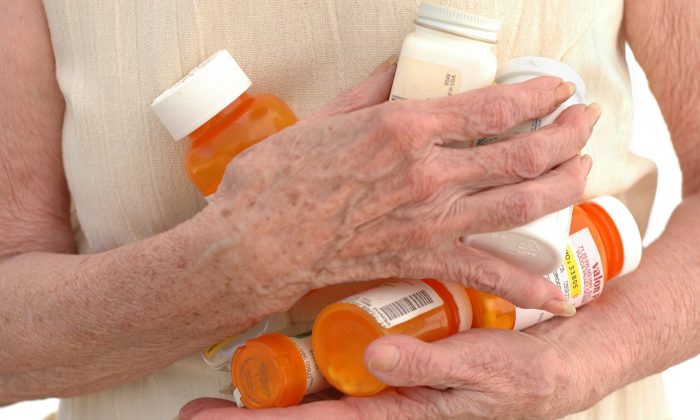 For months, Teresa Christensen’s 87-year-old mother, Genevieve, complained of pain from a nasty sore on her right foot. She stopped going to church. She couldn’t sleep at night. Eventually, she stopped walking except when absolutely necessary.

Her primary care doctor prescribed three antibiotics, one after another. None worked. “Doctor, can’t we do some further tests?” Teresa Christensen remembered asking. “I felt that he was looking through my mother instead of looking at her.”

Much of what we do is get rid of treatments prescribed by other physicians that aren’t working.
— Dr. John Morley, professor of geriatrics, Saint Louis University

Referred to a wound clinic, Genevieve was diagnosed with a venous ulcer, resulting from poor circulation in her legs. A few weeks later, she had a successful procedure to correct the problem and returned home to the house she’s lived in for over 50 years.

Would her mother benefit from seeing a geriatrician going forward, wondered Christensen, and if so, how would she go about finding one?

I reached out to several medical experts, and they agreed that a specialist in geriatrics could help a patient like Genevieve, with a history of breast cancer and heart failure, who’d had open heart surgery at age 84, and whose mobility was now compromised.

Geriatricians are “experts in complexity,” said Dr. Eric Widera, director of the geriatrics medicine fellowship at the University of California–San Francisco.

No one better understands how multiple medical problems interact in older people and affect their quality of life than these specialists on aging. But their role in the health care system remains poorly understood and their expertise underused.

Consulting with geriatricians offers useful insights for older adults and their families:

Geriatricians are typically internists or family physicians who have spent an extra year becoming trained in the unique health care needs of older adults.

They’re among the rarest of medical specialties. In 2016, there were 7,293 geriatricians in the United States—fewer than two years prior, according to the American Geriatrics Society. Geriatricians can serve as primary care doctors, mostly to people in their 70s, 80s, and older who have multiple medical conditions. They also provide consultations and work in interdisciplinary medical teams caring for older patients.

Recognizing that training programs can’t meet expected demand as the population ages, the specialty has launched programs to educate other physicians in the principles of geriatric medicine.

“We’ve been trying to get all clinicians trained in what we call the ‘101 level’ of geriatrics,” said Dr. Rosanne Leipzig, a professor of geriatrics at the Icahn School of Medicine at Mount Sinai in New York.

Researchers have spent considerable time over the past several years examining what, exactly, geriatricians do.

Underlying these skills is an expert understanding of how older adults’ bodies, minds, and lives differ from middle-aged adults.

“We take a much broader history that looks at what our patients can and can’t do, how they’re getting along in their environment, how they see their future, their support systems, and their integration in the community,” said Dr. Kathryn Eubank, medical director of the Acute Care for Elders unit at the San Francisco Veterans Affairs Medical Center. “When a problem arises with a patient, we tend to ask: ‘How do we put this in the context of other concerns that might be contributing?'”

Another essential competency is a focus on issues that other primary care doctors often neglect: falls, incontinence, muscle weakness, frailty, fatigue, cognitive impairment, and delirium. In medicine, these are known as “geriatric syndromes.”

“Much of what we do is get rid of treatments prescribed by other physicians that aren’t working,” Morley continued.

Recently, he wrote of an 88-year-old patient with metastasized prostate cancer who was on 26 medications. The older man was troubled by profound fatigue, which dissipated after Morley took him off all but one medication. (Most of the drugs had minimal expected benefit for someone at the end of life.) The patient died peacefully eight months later.

Eubank tells of an 80-year-old combative and confused patient whom her team saw after one of his legs had been amputated. Although physicians recognized the patient was delirious, they had prescribed medications that worsened that condition, gave him insufficient pain relief, and overlooked his constipation.

“Medications contributing to the patient’s delirium were stopped. We made his room quieter so he was disturbed less, and stopped staff from interrupting his sleep between 10 p.m. and 6 a.m.,” Eubank said. “We worked to get him up out of bed, normalized his life as much as possible, and made sure he got a pocket talker [hearing device] so he could hear what was going on.”

Over the next four days, the patient improved every day and was successfully discharged to rehabilitation.

A geriatric consultation typically involves two appointments: one to conduct a comprehensive assessment of physical, psychological, cognitive, and social functioning, and another to go over a proposed plan of care.

The American Geriatrics Society has a geriatrician-finder on its website—a useful resource. Also, you can check whether a nearby medical school or academic medical center has a department of geriatrics.

Many doctors claim competency in caring for older adults. Be concerned if they fail to go over your medications carefully, if they don’t ask about geriatric syndromes, or if they don’t inquire about the goals you have for your care, advised Dr. Mindy Fain, chief of geriatrics and co-director of the Arizona Center on Aging at the University of Arizona.

Also, don’t hesitate to ask pointed questions: Has this doctor had any additional training in geriatric care? Does she approach the care of older adults differently—if so, how? Are there certain medications she doesn’t use?

“You’ll be able to see in the physician’s mannerisms and response if she takes you seriously,” Leipzig said.

If not, keep looking for one who does.

This article was originally published on Kaiser Health News.