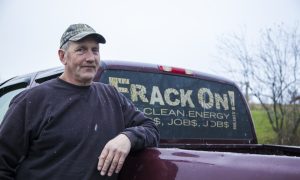 Geologists Link Fracking With Earthquakes, but It’s Not What You Think

A report by the U.S. Geological Survey released Thursday attributes the increase in minor earthquakes in dozens of areas across the country to the improper disposal of wastewater produced in the oil and gas drilling process.

The study listed 17 areas that had been affected by man-made earthquakes, identifying Oklahoma as the region hardest hit by the earthquakes, with quakes having become hundreds of times more frequent in the Midwestern state in the past few years.

A vast majority of the earthquakes are small enough that it’s difficult for humans to even feel them, but a few have resulted in injuries and the destruction of homes, most notably a 5.6 quake that hit Prague, Oklahoma, in 2011.

The new study reaffirms what the agency had found in a 2012 analysis, which also stated that wastewater disposal, not hydraulic fracturing itself, was behind the rise in the number of earthquakes.

“USGS’s studies do not suggest that hydraulic fracturing, commonly known as ‘fracking,’ causes the increased rate of earthquakes [of magnitude 3.0 and larger],” reads the 2012 report.

Fracking involves injecting fluid deep under the Earth’s surface to open exiting fissures wider to release new sources of natural gas. The wastewater from the operation is disposed of in wells, which are often poorly constructed and lie near fault lines, where leaks can trigger earthquakes.

Fracking itself does create seismic activity, but the quakes are small enough to be comparable to a “gallon of milk” falling off the kitchen counter.

Still, the threat of minor earthquakes have not deterred the Oklahoma state Legislature, which recently voted to facilitate fracking by restricting towns from passing anti-fracking rules of their own. The United States has experienced of wave of towns issuing local ordinances that prevent property owners from selling drilling rights to oil and natural gas companies.