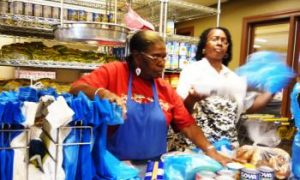 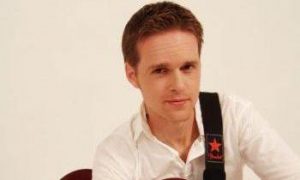 Drew Parker: Musician on a Mission
0 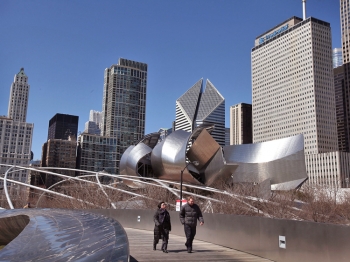 People walk past One Prudential Plaza (R) as it towers over the north end of Millennium Park on March 28, 2011 in Chicago, Illinois. (Scott Olsen/Getty Images )
Opinion

From the Heartland: Sense of Style


Great art speaks a language which every intelligent person can understand. The people who call themselves modernists today speak a different language.
—Marshall McLuhan

This weekend, I was reminded what a great city Chicago is to experience on foot. The mild weather certainly helped contribute to my experience, but anytime I walk, I see compelling details that are often lost to faster modes of travel.

I’m particularly fascinated by the details of older buildings. I love walking by whimsical reliefs of elegant figures or botanical shapes carved into nearly century-and-a-half old facades. I’m enchanted by the ornate flourishes over grand entryways that seem to exist for no other reason than to delight the eye.

A favorite example of this old fashioned aesthetic is found a few blocks from my apartment with drain spouts that finish in roaring lion heads. It’s a small yet strikingly beautiful feature, but who would bother with such decoration today?

In Chicago, it’s not unusual to see a building older than anyone alive next to a new structure that was merely a parking lot last time I checked. This city exists as an inhabitable museum of various architectural periods. A walk through Chicago streets offers a study in contrasts among the changing values and aesthetics of different decades.

This comparison of styles and values was on my mind when I read about a recent upset in Birmingham, a well-to-do Michigan suburb. In a neighborhood where you can stroll past classic Tudor and Georgian style homes, a new resident has plans for a 7,200-square-foot, monolithic cube.

Of course, Birmingham is not Chicago, so when a neighborhood committee saw plans for the stark, alien structure they tried to stop it. Residents reasoned that it did not fit in with the rest of the area.

"It's so extreme that we could not approve it," neighborhood committee member James Mirro told the Detroit News. "It's not compatible with the other houses."

But the owner of the radical new home-to-be, famous clothing designer Linda Dresner, could not be deterred. She sued the neighborhood committee for blocking her building. Her lawyers argued that not only did the committee fail to exercise the same scrutiny with other construction projects, but they also lacked specific design standards for judging any new structures.

The neighborhood committee surrendered at the threat of a lawsuit, allowing Dresner to build her minimalist home. Still, the story made me wonder about design standards that a community should reasonably expect. Is it fair to shun a modernist aesthetic?

Modernism began as a reaction to what was once perceived as the overwrought opulence of the 19th century. Modernist architecture embraced a “less is more” aesthetic that emphasized function and practicality at the expense of superfluous gestures. Initially, this philosophy produced some interesting ideas, but as designs became increasingly simplified and abstracted, the human element was sacrificed. As a result, many are repelled by these antiseptic structures.

In her article “Unhappy Hipsters: Does modern architecture make us gloomy?” Ingrid Fetell explores the notion that contemporary design affects our well being for the worse. She notes that while it is “often intended to create a sense of zen-like tranquility, the result is frequently closer to melancholy isolation.”

“Modernism's restrained quality is fundamentally in tension with the idea of delight,” writes Fetell. “Delight is an emotion of abundance—a celebration of sensation and richness. Delight and joy are primally connected to wellness, and wellness in nature is lush, plump, vibrant, and bountiful. … The matte, bare surfaces beloved of modernists signal something else entirely. I can't help but think there must be something primal within us that understands such stripped down spaces as inhospitable—the emotional equivalent of dry desert, or fallow fields.”

Some say Dresner’s poured concrete controversy will be a work of art. However, among many modernist examples this has come to suggest an unwelcome assault on the senses. I suppose we all have the right to a reasonable amount of personal expression, but not at the expense of our neighborhoods.

If you ask me, the modernism game has been played out. Its reactionary reason for being is no longer relevant, and its cold, alienating designs can only help to foster the same qualities in those who view it. It’s time we returned to beauty.