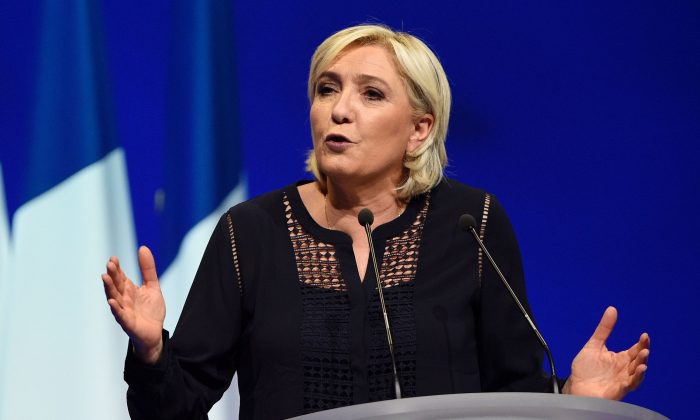 PARIS—French nationalist presidential candidate Marine Le Pen said on Monday she had yet to secure all the funding she needs for her election campaign with less than four weeks to go before voting begins.

The National Front leader, who is running in second place in the presidential race according to opinion polls, repeated her complaint that French banks were refusing to lend her money.

Speaking on Europe 1 radio after a visit last week to Moscow where she met President Vladimir Putin, she said she did not have any financial backing from Russia, nor from any Russian financial institution, but that she was trying to get a loan from a foreign bank.

“I have to,” she said. “I’m prevented from borrowing from French banks so now I am being told off for asking for a loan from a foreign bank. What am I supposed to do? … The French banks have lent to all the presidential candidates except for me.”

One French bank, Societe Generale, has said it does not lend to any political parties. The other main banks have declined to comment on the subject.

In 2014 it emerged that the National Front had received a 9 million euro loan from a Russian lender.

Potential Russian involvement in western elections has become a more sensitive issue since U.S. intelligence agencies accused their Russian counterparts of seeking to influence the U.S. election through hacking, something Moscow has denied.

Candidates in French presidential elections are limited to a maximum spending of 16.851 million euros ($18.30 million) in the first round, a sum which rises to 22.509 million euros for the two candidates who reach the second round run-off.

Candidates who secure over 5 percent of the first round vote on April 23 get a state refund amounting to 47.5 percent of the maximum limit, with the proviso that no candidate can be reimbursed more than they have spent.

Opinion polls consistently show Le Pen reaching the second round on May 7 but losing there to independent centrist Emmanuel Macron.