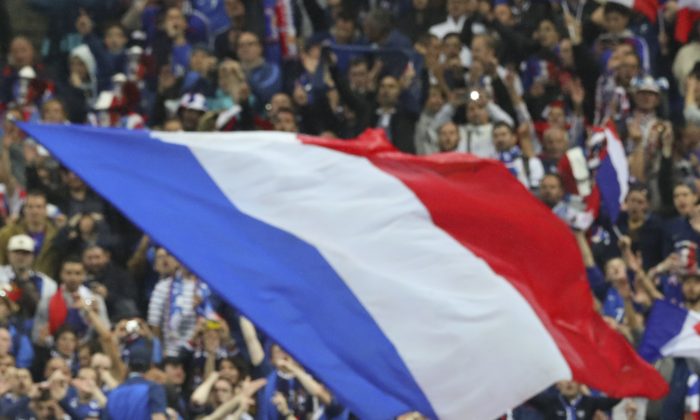 SAINT-DENIS, France—Olivier Giroud scored two goals to lead France to an emphatic 5-2 victory over Iceland on Sunday, sending the hosts into a European Championship semifinal meeting with Germany.

It was a humbling but far from embarrassing exit for Iceland, which was playing in its first-ever international tournament and progressed much further than expected.

But France will now contest its first semifinal in a decade on Thursday in Marseille.

Giroud, who was booed by the team’s fans in May, is proving to be an essential component of Les Bleus, netting the opener and heading in France’s fifth goal at the Stade de France.

Paul Pogba, Dimitri Payet and Antoine Griezmann also scored in the first half for the home side, whose previous goals at Euro 2016 had all come after the break.

The Iceland defense was breached with ease in the 12th minute when Blaise Matuidi lofted over a high pass into the path of the advancing Giroud, who clinically shot through the legs of goalkeeper Hannes Halldorsson.

Then, Pogba soared above Jon Dadi Bodvarsson to meet Griezmann’s corner and send a powerful header into the top corner in the 20th.

Worse was to come for the Icelanders with quick-fire goals inside two minutes before halftime.

Moussa Sissoko’s cross was headed down by Giroud and Griezmann knocked the ball into the path to Payet, who drilled a low shot in the corner of the net.

The fourth goal saw Giroud and Griezmann combine again. Griezmann raced onto Giroud’s flick-on before dinking a shot over the advancing Halldorsson.

However, just like its raucous fans, Iceland wasn’t done.

Gylfi Sigurdsson whipped in a cross and Kolbeinn Sigthorsson slid past Samuel Umtiti, the Barcelona-bound defender making his France debut, to poke the ball over the line in the 56th.

Would it be the start of an astonishing comeback? No.

The four-goal cushion was restored by Giroud within three minutes, connecting with Payet’s free kick to glance a header into the net.

But Iceland had the final say on the quarterfinal, with Birkir Bjarnason evading Patrice Evra to head past Hugo Lloris.