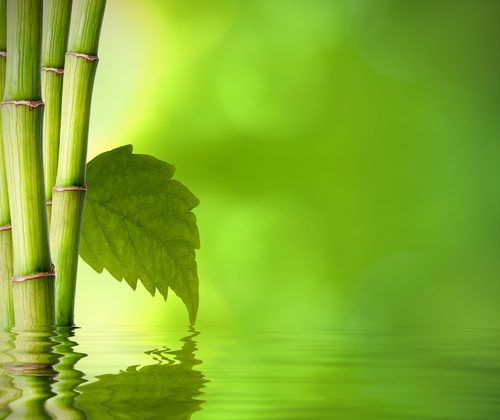 Forest Bathing: The Benefits of Being Outdoors Are Many

Research in Japan has demonstrated that being in green spaces improves a person’s immune system. In Japan, when possible, people leave the city for a day in the woods for “forest bathing,” “shinrinyoku” in Japanese.

In two studies—one included 260 healthy people and another 12 people—researchers concluded that forest bathing, which is walking through woods and forest glades, lowers the pulse and blood pressure. The effects lasted a month. Tests of the subjects’ saliva showed decreased levels of cortisol, meaning they were less stressed.

The test subjects were divided into two groups: those who stayed in an urban environment and those sent to a forested area. Both groups engaged in the same activities and ate the same diet. Researchers believe that the chemical phytoncides, an oil that defends trees from insects and decomposition, somehow affect the chemicals in the human brain.

Other studies demonstrated that being in nature increases the number of natural killer cells that fight cancer, increases white blood cells, and reduces glucose levels in diabetics.

Professor Qing Li, president of the Japanese Society of Forest Medicine said forest bathing “can have preventative effect on cancer generation and development.”

The Epoch Times reported research in 2010 which showed that tranquil scenes calm the brain by changing its blood flow, allowing more connections to be made among different parts of the brain.

Japanese scientists also concluded that the feel of the sun, the scent of trees, and the sound of water can have a calming effect.

Image of a family walking in the forest via Shutterstock

Getting in touch with nature is being used as therapy and education elsewhere. Eeva Karjalainen of the Finnish Forest Research Institute, which deals with socially sustainable forest management, supports the findings and says that forest visits promote physical and mental health by reducing stress.

In the U.K. and Europe, depression is treated with farm work and gardening. Whether it is tending plants or animals, the act of caring for something alive in the fresh air has had a positive effect on patients with clinical depression.

The U.K. has over three dozen care farms, Norway has around 400, and the Netherlands around 600. The farms are part of a wider school of thought in ecotherapy: Even walking outdoors can be a useful therapy.

U.K. studies have shown that 71 percent of people who take a “green walk” feel less depressed.

Studies in the United States, have also shown that green spaces have positive effects on hyperactivity and ADHD.

So perhaps we all should stop and smell the roses more often and get ourselves out into those fir trees!

Elissa Michele Zacher is a writer with publications in the online literary magazine, apt, The Northeast Poetry Journal, and in the Freedom Press. Her poetry and articles are based on her travels, family, and observations.

*Image of a leaf and water via Shutterstock