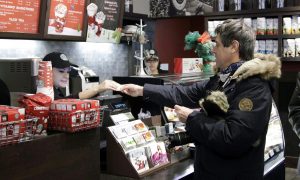 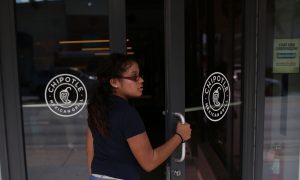 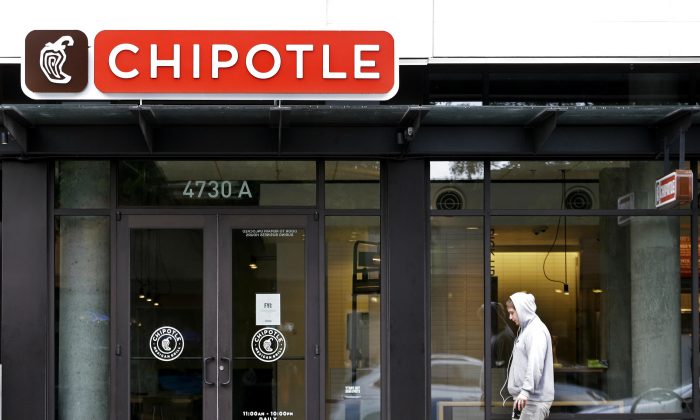 A pedestrian walks past a closed Chipotle restaurant in Seattle on Nov. 2, 2015. Washington state health officials say they have found no source for the E. coli outbreak related to Chipotle and the chain's Pacific Northwest restaurants could reopen later this week. Washington state epidemiologist Dr. Scott Lindquist says all the tests of food from Chipotle stores in Washington and Oregon came back negative for E. coli. (AP Photo/Elaine Thompson)
Health News

SEATTLE—Foodborne illnesses like the E. coli outbreak linked to Chipotle restaurants in the Northwest are more common than the public realizes, experts say, with most instances never making the news.

About 48 million cases of foodborne disease occur in the U.S. annually, sending about 105,000 people to the hospital and resulting in 2,000 deaths, according to data from the federal Centers for Disease Control and Prevention. That’s about 1 in 7 people in the country getting sick from food every year.

Many of these illnesses involve people eating at home, but even restaurant-related outbreaks are fairly common, said Dr. Paul Cieslak, medical director for communicable diseases at Oregon’s state health agency.

“Screw-ups can occur in any kitchen, but obviously it’s more dramatic when it occurs in a kitchen that serves 5,000 people,” said Cieslak, who has helped investigate the E. coli outbreak that sickened about 45 people in Washington state and Oregon.

There are things people can do to ward off foodborne illnesses: Wash your hands before making or eating food, avoid undercooked hamburger or raw shellfish, be careful about cross-contamination of raw meat, wash produce thoroughly, and steer clear of unpasteurized milk or juice.

But it’s impossible to avoid all bacteria on food, Cieslak says. For example, if lettuce or berries are contaminated with E. coli, it’s very difficult to wash them well enough to get to every nook and cranny where the bacteria are hiding.

“When you go to a restaurant, let’s face it—you’re kind of at the mercy of what’s going on in the kitchen,” he said.

Most reports of potential food-related illnesses pose no ongoing threat, so local health departments do not report them to the public, according to Dr. Jeff Duchin, health officer for Seattle and King County Public Health.

Of the more than 1,000 potential cases each year in the county that includes Seattle, only a handful are confirmed as food-related outbreaks. When those confirmed cases pose an ongoing risk to the public, an announcement is made.

Duchin said that’s why the most recent Chipotle-related outbreak attracted widespread media attention, while a smaller case—five people sick from eating at one Seattle Chipotle restaurant in July—was not reported.

The July outbreak had ended by the time the health department investigated, and officials found no evidence of an ongoing problem that people needed to know about, said Duchin, who noted the two cases involved different E. coli strains.

A Seattle attorney who specializes in food-safety cases and whose daughter was a frequent customer of the Chipotle in the earlier case was upset when he heard about that outbreak.

“It just drives me nuts,” said Bill Marler, who built his national reputation with the 1993 E. coli outbreak at Seattle Jack in the Box restaurants. “This is the kind of thing that tears apart people’s belief that government can actually do stuff correctly and good.”

Government regulations and restaurant and farm inspections prevent some people from getting sick, but critics say more must be done to prevent foodborne illness.

Better testing on farms and in warehouses is one hope of Jaydee Hanson, a senior policy analyst at the Center for Food Safety. The Washington, D.C.-based nonprofit promotes food safety and sustainable agriculture.

Hanson says good government regulations and inspections help prevent some illnesses, as do responsible farmers, restaurants and grocery stores. Public pressure will help improve the nation’s food system and so will lawyers, he added.

“I have no doubt in mind that the civil justice system does change behavior,” said Ryan Osterholm, a lawyer for Pirtzer Olsen in Minneapolis, which has filed lawsuits against Chipotle in the current case and a previous case in Minnesota.

Osterholm said such lawsuits will force the company to answer questions like whether it visited the farms where its produce was grown and if it gets outside help with food quality and safety.

In response to the latest outbreak, Chipotle announced several new efforts to improve food safety, including testing of fresh produce, raw meat and dairy items before they arrive in its restaurants.

“We have also retained two of the nation’s best food-safety scientists to work with us to assess practices and find additional areas for improvement,” Chipotle spokesman Chris Arnold said. “We are leaving no stone unturned in terms of finding ways to improve upon our practices.”