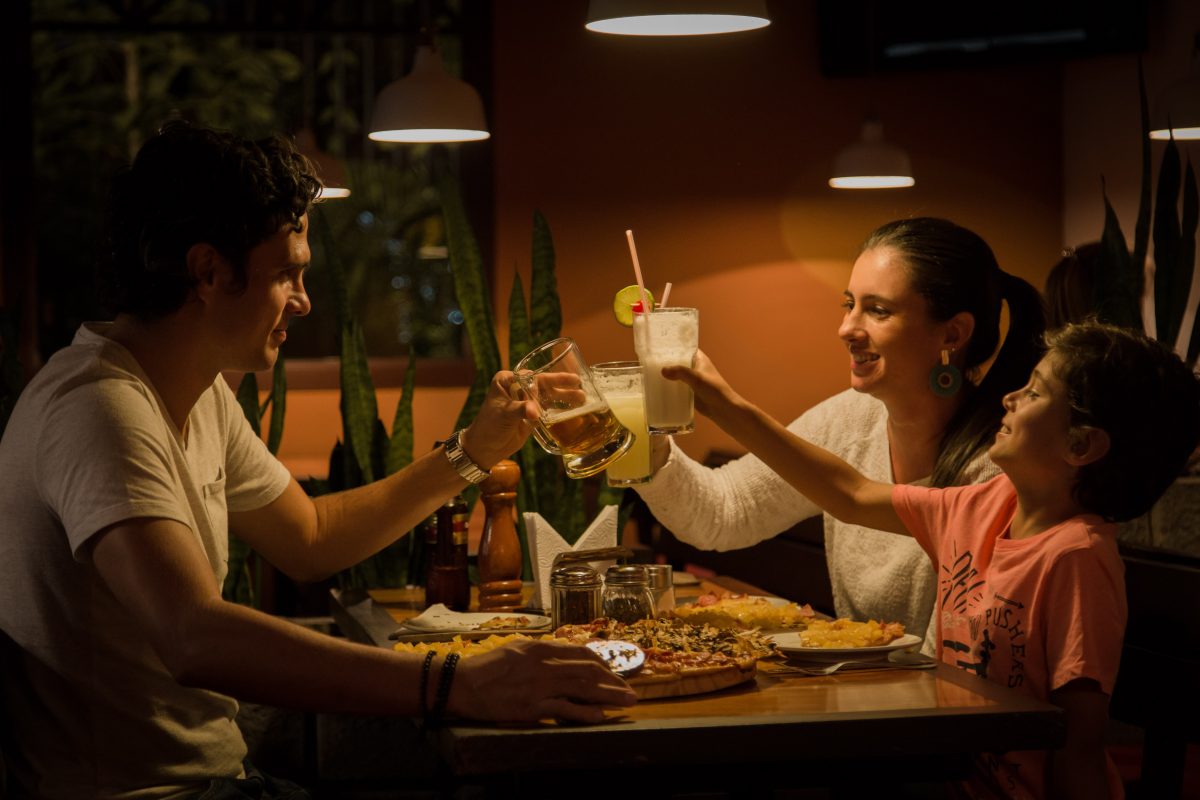 A dinner out will often be the kind of processed industrial food most of us would be better off avoiding. (Pablo Merchán Montes/Unsplash)
Health

Food Then and Now: How Nutrition Has Changed

A loss of nutrients and processed food has transformed our diets
BY Jill Ettinger TIMEFebruary 4, 2019 PRINT

Within the last half century, our food has drastically changed. Things we eat now are not the same as they once were. What happened? How has our nutrition changed?

If you didn’t live in a rural setting where you likely raised your own animals, the milkman delivered dairy products from a not so far away dairy.

Meat and poultry could be purchased from a local butcher who may have even known the animals personally. Growth hormones, antibiotics, and genetically modified feed were never fed to animals. Our recent ancestors were eating the healthiest kinds of animal products, those raised on grass, outdoors and hopefully, with a lot of human love too.

Nowadays, of course, that’s not the case. More than 10 billion animals will be raised in American factories this year. Most will never see daylight, except on their way to slaughter. They’ll live in dark, tiny, and unsanitary conditions where diseases spread rapidly. They’ll eat unnatural foods, like genetically modified corn, that are then loaded with chemicals and drugs that directly impact the humans who eat those animals.

While some farm animals have been bred for “tastier” cuts of meat or sweeter milk, the drugs they are pumped with diminish their nutrient absorption which also decreases our ability to extract those nutrients. To eat like your grandparents, look for organic, grass-fed meat, eggs, and dairy. It’s even better if you can find a local source, too.

Conventionally raised produce contains far fewer vitamins and minerals than it did a half-century ago. You can credit pesticides and chemical fertilizers with disrupting soil quality, and mono-crop industrial agriculture for depleting it of vital nutrients. Run-off from those gnarly animal factory farms pollutes soil and water making foodborne illness risks more severe, too.

Even organic options are still battling 50 years of depleted soil. It’s an uphill battle, but not a losing one. One farmer, Bionutrient Food Association director, Dan Kittredge, hopes to change the criteria for success in farming from high yield to higher nutrient content. He’s working with farmers directly to help them battle depleted soil while improving product yields and flavor.

Our grandparents and great-grandparents grew up when organic farming was essentially the norm. Crops were cycled to ensure the soil stayed healthy. Now farmers rely on chemical fertilizers, not healthy soil, to make crops grow. That’s why it’s so important that we support organic farmers, local growers and grow our own. Because dependence on these inputs isn’t just unhealthy, it’s also a food security risk.

Meals were cornerstones of our culture in a much different way back in the old days, and you see a lot of that in old films. But what you don’t see is any junk food. Not in the sense that we eat it today. Even when there is a soda fountain scene—the drinks are considerably smaller, and you had to go to the pharmacy or soda shop to get one. People still ate real food. It was made from scratch. Ingredients were pronounceable.

Things began to change after the 1950s when the idea of shortcuts and faster foods became the norm. Today, our processed foods resemble anything but their original ingredients. Nearly 80 percent of all processed foods in the United States contain genetically modified ingredients. They’re also full of artificial colors, flavors, and sweeteners. They’re stabilized with trans fats (at least until a proposed FDA ban takes hold) and chemical preservatives and then packaged in plastics that have been known to cause cancer and birth defects.

In his book “Food Rules”, author and food expert Michael Pollan writes that the only junk food we should eat should be what we make ourselves. If we can make that type of commitment to eliminate processed/fast/junk food except for the occasion that we want to make a Twinkie from scratch, we should be able to maintain the healthy relationship with food our ancestors took for granted.

Jill Ettinger is a freelance journalist and marketing specialist primarily focused on the organic and natural industries. This article was first published on NaturallySavvy.com

Jill Ettinger
Follow
Jill Ettinger is a freelance journalist and marketing specialist primarily focused on the organic and natural industries, she bridges her love for changing the food system with her lifelong passion for writing and connecting people in their shared values. You can connect with Jill on Twitter.
SHARE
Friends Read FreeCopyFacebookTweet
You May Also Like