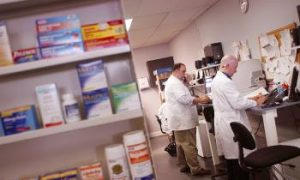 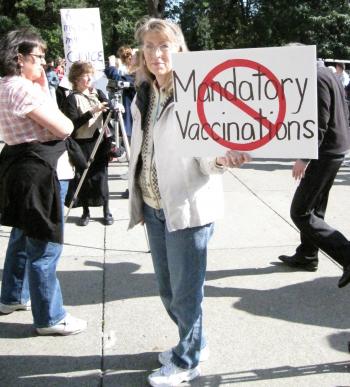 By Louise McCoy
Print
New York State Supreme Court Justice Thomas J. McNamara issued a temporary restraining order on Friday, Oct. 16, against the state’s mandate for New York’s 500,000 health care workers to get swine flu and flu shots by Nov. 30 or face fines and job loss. A hearing whether to make the injunction permanent will be on Oct. 30.

The PEF said it encourages members to get flu vaccinations but opposes the emergency regulation requiring the vaccine as a condition of employment. “Individual facilities are all telling employees that failure to comply will result in discipline and even termination,” Mr. Seamon, attorney for PEF, said.

Although the mandate was originally for health care workers who have contact with patients in New York, some facilities, such as Long Island Jewish Hospital, are taking the mandate further, requiring even office workers to get the vaccines. Hospital Corporation of America, a hospital chain, is requiring the flu shot for all its employees, about 183,000 in 20 states. [1]

Dr. Susan Donelan of Stony Brook University Hospital said that the medical community sees the benefits and safety of the shots. “Our hospital is committed to following the mandate to have our personnel vaccinated,” she said.

Health care workers traveled to Albany from as far as Rochester to protest. Hauppauge, N.Y., had a relatively quiet demonstration of about 60 on the lawn of Suffolk County’s Health Department. [1] Albany had a very noisy antiphonal rally with at least 200 in front of the New York Capitol.

Most of those who opt out of vaccination want to keep their freedom of choice. According to a recent poll, 6 out of 10 adults do not intend to take the vaccine, but 6 out of 10 parents would give it to their children.