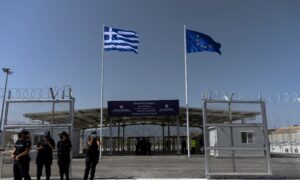 FlightRader24 has called out on airlines for providing misinformation about their flights over Ukraine.

The live flight tracking website tweeted that: “Several airlines that have been tracked over Ukaraine as late as yesterday, claim they have been avoiding Ukraine for months #fail.”

The tweet was made in light of the Malaysia Airlines flight MH17 tragedy, where the Malaysian plane was shot down by a surface-to-air missile while flying over Ukraine.

The 298 passengers and crew did not survive the plane crash. Investigations into the perpetrators of the incident are still on-going.

Some airlines had apparently announced that they were not flying over Ukraine on their social media accounts, which prompted FlightRader24 to respond.

FlightRader24 chose not to “point out any airlines,” but added that “an airline concerned about its safety reputation should not lie to customers.”

However, before issuing out that tweet, FlightRader24 did call out Finnish airline Finnair for claiming not to fly over Ukraine.

The airline insisted that “Flightradar is inaccurate and does not take into account the fact that the world is round. 🙂 The route goes on the West border.”

However, a Mikko Laaksonen pointed out that Finnair did fly over Ukraine using FlightRader24’s data as prove.

Following that exchange, Finnair apologized to FlightRader24 on Twitter, and blamed “a lack of precision in the internal transmission of information” for the original tweet.

We were wrong. Apologies! MT @flightradar24: FR24 data is very accurate. Flight over Ukraine is over Ukraine no matter what.

Customers may wish to note that Singapore Airlines flights are not using Ukraine airspace.

FlightRader24 had tweeted out shortly after the MH17 incident that Singapore Airlines flight SQ351 and Air India AI113 were “about 25 km” from the Malaysia Airlines flight when it was shot down.

Singapore Airlines spokesperson has since told the media that:

“We are deeply saddened by what has happened and our thoughts are with the family and friends of those on board MH17.

“In line with aviation safety and security protocols, we will however not provide specific information on the flight path of any particular flight prior to flight departure.”

Singapore Airlines subsequently issued an apology for their remarks.

“We are aware of that our Facebook and Twitter update on Friday morning may have come across as insensitive to some. The post was in response to many requests from our customers who had asked for information about our flight routes for their upcoming flights with us,” Singapore Airlines said in an email to The Associated Press.

“We recognize that the information could have been better communicated and we sincerely apologize if it had offended our customers and anyone else in the online community,” it said.