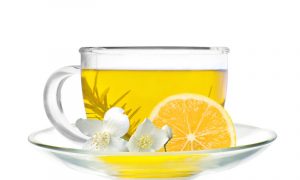 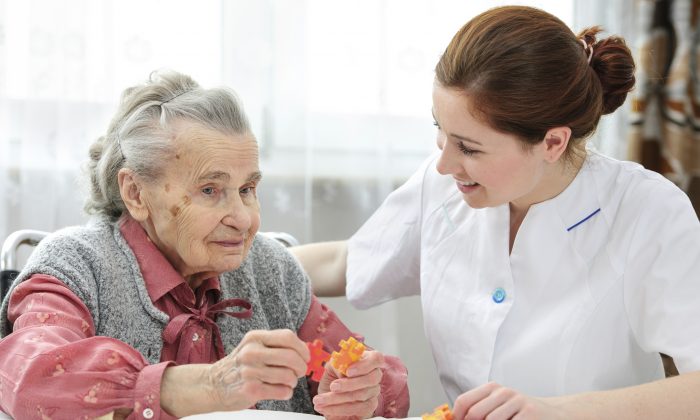 Evidence shows that antipsychotics are not the best solution for the behavior problems that often come with dementia. (AlexRaths/iStock/Thinkstock)
Health News

Doctors write millions of prescriptions a year for drugs to calm people with Alzheimer’s disease and other forms of dementia. But research suggests that non-drug approaches actually work better and carry far fewer risks.

A new study is the result of two decades’ worth of research on drugs like antipsychotics and antidepressants, and non-drug approaches that help caregivers address behavioral issues in dementia patients. The findings recommend that non-drug approaches that focus on training spouses, adult children, or staff in nursing homes and assisted living facilities should be the first choice for treating symptoms such as irritability, agitation, depression, anxiety, sleep problems, aggression, apathy, and delusions.

To address this, researchers created DICE (Describe, Investigate, Evaluate, and Create), a framework that doctors and caregivers can use to make the most of what’s already known. The framework is tailored to each person with dementia and can be adapted as symptoms change.

“The evidence for non-pharmaceutical approaches to the behavior problems often seen in dementia is better than the evidence for antipsychotics, and far better than for other classes of medication,” says lead author Helen C. Kales, head of the Program for Positive Aging at the University of Michigan Health System and an investigator at the VA Center for Clinical Management Research.

The evidence for non-pharmaceutical approaches to the behavior problems often seen in dementia is better than the evidence for antipsychotics.
— Dr. Helen C. Kales, University of Michigan Health System

“The issue and the challenge is that our health care system has not incentivized training in alternatives to drug use, and there is little to no reimbursement for caregiver-based methods.”

Coincidentally, a new report from the U.S. Government Accountability Office (GAO) addresses the issue of overuse of antipsychotic medication for the behavior problems often seen in dementia.

The GAO calls on the federal government to work to reduce the use of these drugs further than it’s already doing, by addressing the use in dementia patients outside nursing homes. But penalizing doctors for prescribing antipsychotic drugs to these patients could backfire if caregiver-based non-drug approaches aren’t encouraged, Kayles warns.

In the new paper, published in the British Medical Journal, Kayles and coauthors Laura N. Gitlin and Constantine Lyketsos, both of Johns Hopkins University, write that “there needs to be a shift of resources from paying for psychoactive drugs and emergency room and hospital stays to adopting a more proactive approach.”

“Drugs still have their place, especially for the management of acute situations where the safety of the person with dementia or family caregiver may be at risk,” they also write. For instance, antidepressants make sense for dementia patients with severe depression, and antipsychotic drugs should be used when patients have psychosis or aggression that could lead them to harm themselves or others. But these uses should be closely monitored and ended as soon as possible.

The authors lay out five non-pharmacologic categories to start with, based on their review of the medical evidence, that have been shown to help reduce behavior issues:

Many “hidden” medical issues in dementia patients—including urinary tract infection and other infections, constipation, dehydration, and pain—can lead to behavioral issues, as can drug interactions, the researchers note. So physicians should look to assess and address these wherever possible.

The researchers will launch a National Institute of Nursing Research-sponsored clinical trial this spring that will test the DICE approach through a computer-based tool for caregivers called the WeCareAdvisor. The tool will help families identify tips and resources in a single computer interface to address behavioral symptoms.

The tips are designed to prevent or mitigate possible triggers for common behavioral symptoms such as pacing, repetitive questioning, restlessness, or shadowing. For instance, de-cluttering the environment, using music or simple activities that help to engage a person with dementia , or using a calm voice instead of being confrontational could help greatly to reduce behavioral symptoms, Kales says.

Furthermore, making sure that caregivers get breaks from their responsibilities and take care of themselves, especially in the home, can help them avoid burnout and taking their frustration out on patients.

“Behavior-based strategies may take longer than prescriptions,” Kales acknowledges. “But if you teach people the principles behind DICE, the approach becomes more natural and part of one’s routine. It can be very empowering for caregivers or nursing home staff.”