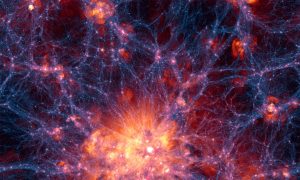 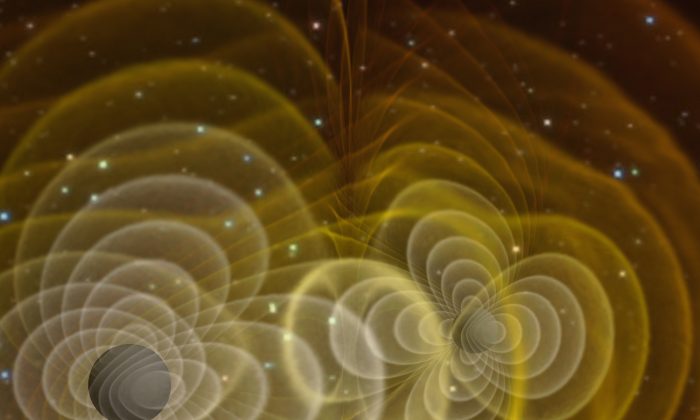 The scientists behind the BICEP2 (Background Imaging of Cosmic Extragalactic Polarization) telescope last year made an extraordinary claim that they had detected gravitational waves, which are ripples in space-time. Initially hailed as the most groundbreaking discovery of the century, it later proved a false alarm: the signal was merely galactic dust.

1. Setbacks Are Just Due to Teething Problems

It may seem like the search for gravitational waves has only just begun, but it has actually been going on for decades without success.

Gravitational waves are pulsating perturbations, or “ripples” produced in the fabric of space-time as a massive object moves through it. As they propagate, they stretch and squash objects, albeit on a subatomic scale. Scientists have therefore been trying to demonstrate the existence of gravitational waves by looking at how nearby objects are affected.

In 1968, American physicist Joseph Weber claimed he had detected gravitational waves in this way using his esoteric detector made up of enormous aluminium cylinders. This was sadly later disproved.

These days, scientists prefer using laser interferometry to search for gravitational waves. It works by splitting a laser beam in two perpendicular directions and sending each down a long vacuum tunnel. The two paths are then reflected back by mirrors to the point they started, where a detector is placed. If the waves are disturbed by gravitational waves on their way, the recombined beams would be different from the original.

2. The Waves Come From the Early Universe

The strongest sources of gravitational waves are in fact astrophysical processes, which are happening all the time.

The most dominant of these sources is the rotation of pairs of white dwarfs or black holes (so-called “binary systems”). Such pairs are thought to gradually lose energy by emitting gravitational waves. This was demonstrated by the discovery of the famous Hulse-Taylor pulsar in 1974. The pulsar provided indirect evidence of gravitational waves as it was losing energy at a rate which had been predicted by the general theory of relativity (the waves themselves were not seen).

One of BICEP2’s goals was try to detect the signature of primordial gravitational waves imprinted in the temperature of the Cosmic Microwave Background (CMB). This radiation contains light that first emerged from the soup of elementary particles when the universe was just 300,000 years old, long before the first stars were born.

When light waves vibrate in a certain direction, we say that it has a specific polarization. If gravitational waves were present at the time when the CMB was born, they should leave behind a unique swirly pattern—a curling in the polarization of the light—dubbed “B modes.”

Therefore, the B modes are only indirect evidence for gravitational waves. This is an important point: Experiments like BICEP2 will never be able to observe gravitational waves themselves, only the fingerprints they’ve left behind.

Even dusting for these fingerprints is not easy. B-modes are typically masked by much stronger signals from dust emission and an effect called gravitational lensing, which mixes different types of polarization patterns. Eliminating these and many other contaminants is a most delicate task, often relying on results from other experiments.

This complex challenge will be tackled by the next generation of BICEP-like experiments such as the Atacama Cosmology Telescope (ACT) and its planned successor AdvACT. They will be able to measure CMB to scales beyond the reach of Planck (a European Space Agency observatory which operated from 2009 to 2013), and would have learned valuable lessons from BICEP in the modeling of dust and other contaminants. The prospects for detecting B-mode within the decade look very promising.

Some have even speculated that space interferometers might be able to detect primordial waves, perhaps by subtracting the waves detected from known astrophysical processes.

The earliest source of gravitational waves is not the Big Bang, but rather cosmological inflation: a period during which the universe underwent a brief flash of exponential expansion just after the Big Bang.

Inflation is currently regarded as the leading model of the early universe. While many key predictions of inflation have been verified, the predicted existence of primordial gravitational waves remains elusive. If they are observed, they will tell us directly about the energy scale at which inflation occurred, bringing us closer to understanding the Big Bang. But they would not prove the Big Bang, which is a mathematical singularity that we are yet to understand.

5. We Just Need One Experiment to Detect Them

Strong statistical evidence for gravitational waves will certainly require more than one experiment. Like light waves, gravitational waves come in a spectrum of frequencies. The two detection techniques (B-modes and laser interferometry) are searching for waves at different frequencies—15 orders of magnitude apart.

The simplest theory of inflation predicts a background of primordial gravitational waves with a particular frequency spectrum, in other words we know what the amplitude should be in each frequency. So, if scientists could detect gravitational waves on two of these very different frequencies, it would be strong evidence for inflation that is difficult to refute even by the most hardline sceptic.

So Is the Search Worth It?

It is highly unlikely that the first generation of space interferometers would achieve the sensitivity required to detect primordial gravitational waves. Exactly what such a signal would look like is unknown and could, in principle, be forever out of reach by any future interferometers.

Nevertheless, if we could detect astrophysical gravitational waves directly, this would open up new ways to test the validity of Einstein’s theory of general relativity, which is used to describe gravitation in modern physics. The theory, which has been questioned in recent years, predicts the existence of gravitational waves.

It would also provide new insights into the evolution of stars, galaxies, and black holes that we could never get any other way.

Read other articles in our cosmology series here.

Siri Chongchitnan is Lecturer in Mathematics at University of Hull