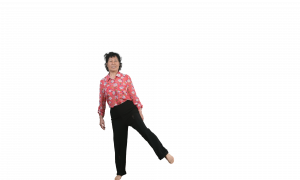 Seniors, Simple Exercises So You Can Move Well for Life
0

Fit Over Fifty: Exercises for a Younger Tomorrow
0 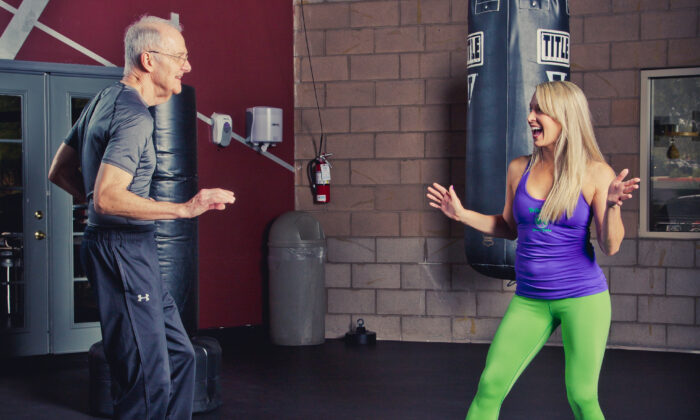 Fitness and Health for Older Adults

When Jim Owen turned 70 years old, he was falling apart. He was suffering from severe lower back pain, his knees had been worn out, and his rotator cuff was frozen stiff. He was also about 25 pounds overweight. Instead of sitting back, he decided to make health a priority for himself.

“I had an epiphany, and I realized how quickly we age is a choice. We can either follow the path of least resistance,” Owen explained, “or we can push back, and slow or even reverse the process.”

The successful Wall Street professional had been on the road for 10 years giving lectures and promoting his book “Cowboy Ethics,” which sold 150,000 copies. Life on the road eventually took its toll on him physically.

Owen’s first 5 years involved building a physical foundation for his fitness renaissance, and ridding himself of his aches and pains. The hardest part for him was getting started, and getting himself off of the couch. According to Owen, the average adult sits between 8 and 11 hours a day whether it’s watching television or staring at computer. This lack of movement leads to obesity, and 40 percent of Americans are obese.

“I cannot tell you the negative impact this has on your body. It’s like smoking,” Owen said.

For the first 30 days, Owen got himself into new habits. He started by simply walking every day for 30 days. The first week he could hardly walk more than a few blocks without gasping for breath. After a month of just walking, he felt better and his mood had improved.

Instead Owen focused on mobility, flexibility, and strength training. On day one, he could not do one single pushup. After a week or two, he could do one repetition. Slowly he built up to two, then three, and then four pushups. He focused on five simple bodyweight exercises that focused on his large muscles like his chest, legs, and most importantly his core. He didn’t and still doesn’t lift heavy weights, but instead focuses on the motion itself. Now he works out for an hour a day, six days a week.

“Once you build that foundation it really does become a lot of fun,” Owen explained.

That’s when Owen began looking more closely at his eating habits. Without obsessing, he started paying attention to his diet and portions. He also began to incorporate meditation into his routine, which improved his sleep and anxiety.

During the pandemic, fitness is particularly important, especially for the vulnerable population that is 65 or older and/or has a preexisting health condition. According to Owen (and a mountain of medical research), roughly 80 percent of these conditions are related to lifestyle.

For example, smoking, inactivity, excessive weight, and excessive drinking contribute to health issues such as diabetes and hypertension. Exercise and physical fitness can greatly reduce the risks of these conditions, and consequently the chance of dying from COVID-19. Fitness also benefits older adults psychologically by giving them a sense of confidence and control.

“We’re talking about a mindset as much as anything else,” Owen said. “I’m going to take control. I’m just not going to be a victim.”

Owen says that the motivation to get in shape and live a healthier lifestyle has to come from within. If you tell an older adult that they have to do something, they will resist. Instead, describing the benefits of fitness, the process of taking the small steps, and conveying an encouraging attitude is much more effective. Once someone notices the benefits and others tell them about how they look and feel younger, the motivation to continue is reinforced.

Owen advocates a rudimentary approach to exercise for older adults. He recommends squats, and starting out by holding onto a table or chair if the movement is initially difficult. A weak core often results in the same kind of severe back pain Owen suffered from, and he recommends the plank position to strengthening that area of the body. Pushups and pull-ups are two other simple exercises he recommends. Many exercises like the pushup and the squat have numerous variations to increase difficulty.

“If you want to be complex be my guest. I keep it as simple as possible, and I really do the basic stuff. These exercises go back 2,000 years,” Owen said.

He also emphasizes that core strength does not mean a set of six pack abs, but a solid foundation for the rest of the body. He advises against exercises like bicep curls that focus on glamor muscles, and instead urges people to work their larger muscle groups. Owen concentrates on his legs, chest, shoulders, and back. Furthermore, he urges older adults to work on their balance, as roughly a third of older adults suffer from falls annually.

“If there’s a secret, I never learned it,” Owen said.

Owen has written about his fitness journey and his advice for older adults in “Just Move!: A New Approach to Fitness After 50,” which the Wall Street Journal named as one of the best books for healthy aging in 2017.

However, he thought that a documentary would be an even better way to encourage older adults because of the film medium’s ability to emotionally connect with an audience. Consequently, Owen has produced “The Art of Aging Well,” which will be available for broadcast to PBS stations across the country on Oct. 31, 2020. The documentary has already aired on some local PBS channels, and has received positive reactions from audiences. He also hopes to continue with a future series.

Owen hopes viewers take away the understanding that fitness and healthy living is a choice, and that they will choose to develop positive habits. He advocates preventative measures like exercise and a healthy diet to keep an older adult out of the doctor’s office and ensure a more prosperous life. Moreover, he hopes that when people see that he was able to make the change, they will realize that anyone can and that no one is too old to start taking better care of themselves.

“I think we’re going to make a real difference in the lives of a lot of people, and that would give me greater satisfaction than any kind of a business deal,” Owen said.