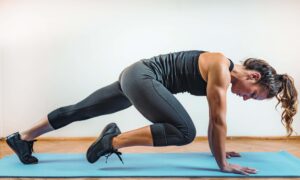 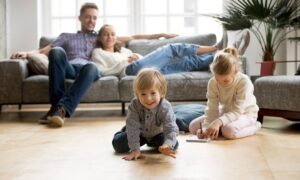 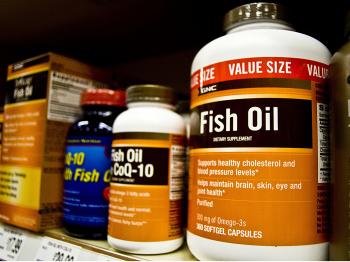 Many people take fish oil supplements in place of fish to get the omega-3 fats in their diet. There is a current debate about whether they are actually safe to take or not. (Grace Wu/The Epoch Times)
Fitness & Nutrition

By Grace Wu
Print
Media reports over the past five years have dismissed concerns over unsafe levels of mercury in fish oil supplements. Recently however, concerns over potential dangers of omega-3 fat supplements have reemerged in the news after environmentalists filed a lawsuit against fish oil manufacturers for products tainted with cancer causing chemicals.

Fish oil and omega-3 fat supplementation are popular alternatives for people who seek the cardiac benefits of fish, but dislike the taste of fish or are worried about unsafe levels of mercury, PCBs, or other contaminants from consuming fish.

Some health care providers recommend taking low doses of fish oil because it can reduce inflammation of the blood vessels, irregular heart beats, and help improve blood fluidity. Fish oil is also used as therapy for those with high heart disease risk or genetically high blood lipids. In high concentrations, fish oil can reduced levels of triglycerides. Large doses of fish oil can elevate levels of HDL, the “good” cholesterol, or decrease levels of LDL, the “bad” cholesterol, and improve the cholesterol profile.

The U.S. Food and Drug Administration (FDA) regulates the mercury levels in fish, and it recommends eating up to twelve ounces of fish or shellfish (about two meals) with low mercury levels per week. Lower mercury products include shrimp, salmon, catfish, and canned light tuna.

Taking fish oil supplementation is viewed as safer than consuming fish because many companies use fish that are lower on the food chain, and the contaminants may be removed during the distillation process.

On March 2, a lawsuit was filed against 10 fish oil companies for containing unsafe levels of polychlorinated biphenyl compounds, or PCBs. PCBs are organic compounds banned by Congress in 1979 after being linked with birth defects and various cancers. The lawsuit claims these companies violated California’s Proposition 65, which requires manufacturers to warn consumers of “any detectable amount” of toxic ingredients, such as PCBs.

All 10 brands, including Omega Protein and GNC, tested positive for PCBs by the plaintiffs, Mateel Environmental Justice Foundation and two environmentalists. The levels in certain brands exceeded California’s limit by a factor of 10 for cancer risk, according to David Roe, attorney for the plaintiffs.

Even though these organic compounds were banned three decades ago, they are still detected in U.S. waterways and their fish. Consuming fish is the most common way to become exposed to PCBs. The California Office of Environmental Health Hazard estmiates that PCBs levels in fish can reach hundreds of thousands times higher than that in water.

The suit was labeled misguided and ill informed by the Council of Responsible Nutrition (CRN), a trade association representing the supplement industry. PCBs are everywhere in the environment and all fish or fish oil supplements have at least trace amounts of these organic compounds, according to Andrew Shao, senior vice-president of CRN. Shao said that the plaintiffs are trying to present this as a public health concern when fish oil has been safely used for decades.

Other defendants have questioned the accuracy and limitations of the PCBs testing that the suit is based on.

Fish oil supplementation has been generally regarded to be safe from heavy metal toxins. Five brands of fish oil tested by Harvard Medical School researchers concluded that they had “negligible amounts of mercury and may provide a safer alternative to fish consumption,” according to their 2003 report.

In 2008, ConsumerLab.com reported no mercury or PCBs contamination in 41 common fish oil supplements that it examined.

After taking 4,000mg—a common dosage for treating high lipid levels—of the fish oil daily for six month, Cohen experienced a series of minor irritations that took him to a cardiologist, who ran a series of blood tests.

Lab results showed that while his triglycerides had dropped by 20 to 30 percent, his blood pressure and mercury levels were dramatically elevated from before he began taking the supplementations. Since taking the fish oil capsules, he has noticed abnormalities with his memory—a known side effect of mercury poisoning.

Cohen has discontinued consuming all fish and fish products for the time being.

When deciding whether to supplement one’s diet with fish oil or not, it may be a good idea to discuss the pros and cons of supplementation with a doctor and get a regular physical to ensure balanced health.