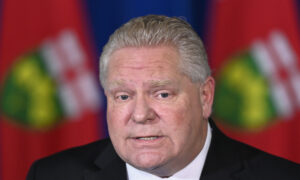 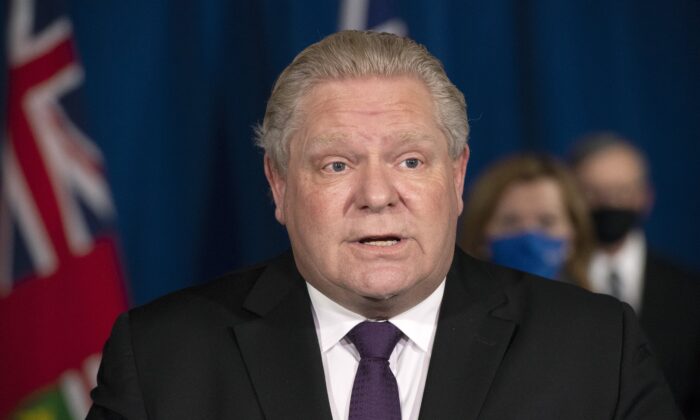 Ontario announced on Monday that the first COVID-19 mass vaccination clinic in Northumberland will open its doors on Tuesday.

The clinic, set up at Cobourg Community Centre, will use the provincial booking system—an online portal and customer service desk for residents—to set up appointments for vaccinations, starting with those aged 80 and above as priority.

“This site alone can administer 800 vaccines a day,” Premier Doug Ford said. “We need the federal government to ensure we have enough supply, so these people can start getting 800 needles in arms every single day, and that goes for every region of the province.”

Ford said over 45,000 Ontarians have booked their appointments through the phone via the booking system, which is about 375 people per minute.

Reporters, however, said there were a large number of people experiencing difficulties getting their appointments booked as their calls were either rejected or wouldn’t go through, and the system seemed to be lacking technical support, to which Ford said he would check with his IT staff.

“I just wish I could give you an exact answer. They just sent me a message that is going relatively well, you’re telling me differently. I’m going to jump on this,” Ford said in response.

Meanwhile, capacity limits for weddings, funerals, and religious services, rites, or ceremonies has been changed to 15 percent of total occupancy indoors, or up to 50 people outdoors starting March 15 for regions placed in the grey zone of the province’s COVID-19 reopening framework, which was updated by the Ford government last week. The previous limit was capped at 10 people indoors or outdoors regardless of venue’s capacity.