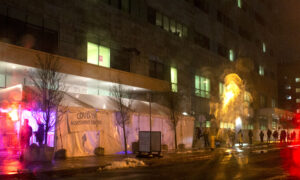 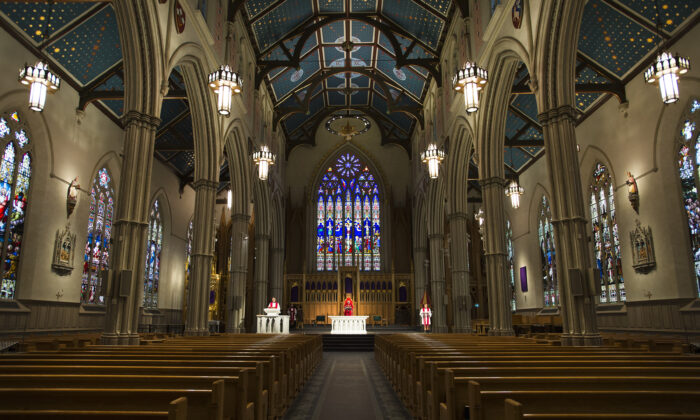 The Archbishop of Toronto is calling on parishioners to contact their representatives about using a percentage of capacity instead of an arbitrary number to limit COVID-19 restrictions at churches, saying the current rules impose “inequities facing our faith communities.”

“The province has relaxed restrictions in Grey (Lockdown) regions, with retailers permitted to operate at 25 percent capacity. Yet places of worship, regardless of whether they seat 100 or 1,000 people, must remain at a hard cap of 10 people,” Cardinal Thomas Collins wrote in a letter (pdf) to parishioners on March 5.

“Next week, a funeral at St. Michael’s Cathedral (capacity 1,500) will be capped at 10 people, while around the corner dozens can enter the local liquor store and thousands will visit the Eaton Centre.”

“This makes no sense,” he added.

Collins was referring to the Ontario government’s announcement last week that Toronto and Peel Regions will move into the grey zone of the province’s COVID-19 reopening framework on March 8 at 12.01 a.m., with the stay-at-home order lifted as well.

On the other hand, religious services rites or ceremonies including weddings and funerals, where physical distancing can be maintained, are capped at 10 people indoors or outdoors regardless of venue’s capacity.

Collins said that the Archdiocese of Toronto has been working closely with the provincial government to comply with the restrictions, but that churches are not treated fairly.

“I do not believe that our elected officials and medical officers of health consciously intend to suppress religious freedom; I realize that they are in an extremely difficult position. We do, however, ask to be treated equitably,” Collins wrote.

“In recent days, it is becoming more difficult to believe that is happening.”

He cited the contrasting examples of how a movie scout contacted one of their churches, asking if the basement hall could be used to feed a crew of 50 people given they “have dispensation from the province and strict protocols will be enforced” versus a priest who presided at a funeral in the same church later in the week, but limited to 10 people inside—including himself.

“Which of these do we consider more essential?” Collins asked.

The archbishop urged parishioners to write to their local MPPs to “request that any restrictions for places of worship use a percentage of capacity as opposed to an arbitrary number.”

“It is now appropriate for us to respectfully amplify our concerns,” Collins wrote. “This is an interfaith initiative with participation from many faith communities.”