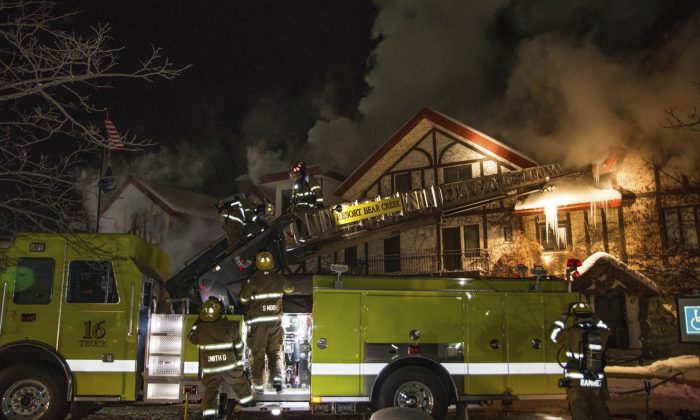 The resort says the injuries don’t appear to be life-threatening, although one person was taken to a hospital about 180 miles away in Grand Rapids.

Boyne says 40 percent of the lodge has some fire damage. Much of the rest of the building was affected by smoke and water. There were 113 guests in 64 rooms.

The fire was reported around 1:30 a.m. Sunday the lodge in Harbor Springs, 75 miles northeast of Traverse City.

A local photographer, Alex Childress, says he drove to Boyne around 3 a.m. when he heard about the fire. He says he saw smoke “billowing all over the place.”

The cause was not immediately known.