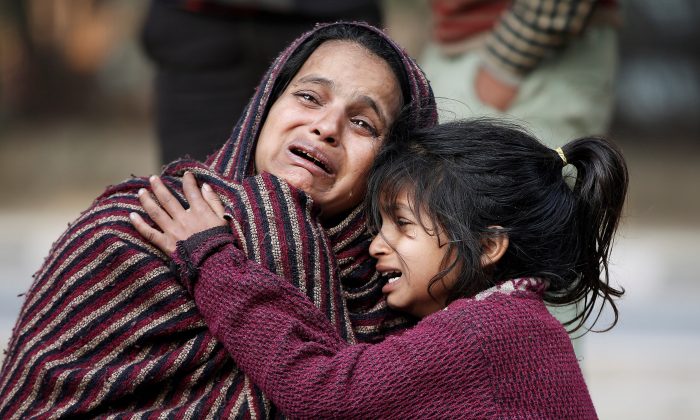 Relatives of a victim, who was killed in Saturday’s fire in a warehouse, mourn as they wait outside a hospital in New Delhi, India, January 21, 2018. (Reuters/Adnan Abidi)
India

Fire at a Warehouse Near India’s Capital Kills 17 People

NEW DELHI—Seventeen people died after a fire broke out at a warehouse in an industrial area on the outskirts of India’s capital on Saturday, a fire official said.

The blaze happened in a building used to store firecrackers, an official in Delhi’s fire service department said, adding that rescue operations were underway.

In December a fire swept through a rooftop restaurant in the Indian financial hub of Mumbai, killing at least 14 people, most of them women attending a birthday party.

Earlier in December, 12 people sleeping in the loft of a store in Mumbai died in a fire.